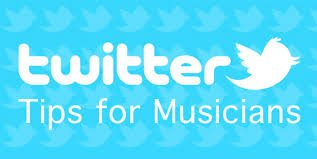 No matter how many conversations I have with fellow artists, they always say Twitter is their least favorite, and least used social media tool. Some artists admit that they don’t get it, while others think 140 characters just isn’t enough to make a point.

Why is social media important for musicians  ?

Americans spend roughly 24 hours per week on the Internet. 33% of that online time is dedicated to social media. That comes out to over an hour per day of social media consumption.

So, is social media an important part of your strategy? Is Radiohead’s In Rainbows criminally overlooked because people think it’s edgy to say Kid A is their favorite album?

Twitter is a great platform to promote new music in a casual way. Check out this tweet from Car Seat Headrest, posted the day the band’s most recent album dropped:

Upload a Profile Image (No eggs!)

The default profile image when you create a Twitter account is the infamous egg. People generally don’t follow accounts with an egg as the profile image. You likely won’t be taken seriously, or people will think your account is spam. So upload your own profile image immediately before starting to use Twitter.

You can also upload a header image and background image to your profile. Here’s a great cheat sheet with all the info you need about image sizes: Twitter Cheat Sheet

Twitter gives you 160 characters for your profile’s “bio”. It might not seem like a lot of space, but you can make someone curious about your music and give them a real sense of your personality within those 160 characters. Take advantage of it, because leaving it blank could cause someone to lose interest and move on to another profile.

Twitter allows you to enter a website that will appear under your bio. Many artists link to other social media profiles like their Facebook page. There is only one link you should have – a link to your own website. Send people to your website where they can read more about you, watch your videos, read your blog, and shop at your online store. Give yourself the traffic. Give visitors a chance to know the person/people behind the twitter account.

Some great tips to promote your music on twitter

#1: Use Hashtags to Find New Fans

Connecting with a Niche audience

One of the great perks of hashtags is finding fans who connect with stuff you already love. For example, when Prince died earlier this year, people posted YouTube covers of their favorite Prince song and used the hashtags #prince #ripprince #purplerain (and tons of others). These posts gots tons of traffic because they were timely and because they reached a huge demographic. You can use this method with anything else.

Getting Involved in Conversations & Topics

You can also search hashtags as a way to start conversations with people who have similar interests. For example, if you want to start using a looping pedal in your live performance, search #loopingpedal on Twitter and find other users who talk about new technology, best-practices, and tweet videos of their looping pedal songs. There are also Twitter meetups that happen on specific nights for people of different interests.

Twitter is incredibly popular for its live-tweet events. These are centered around public events – like meetups, galas, tech conventions, and more.

For example, say you have an event at South by Southwest. You’ve probably encountered the #SXSW hashtag in past years that connects everyone to the. You can find out what’s happening at any given moment by following the hashtag to see what people all throughout the event are posting. In the case of bigger events like SXSW, you may even want to use a more specific hashtag like #SXSW2020, or one of the many others.

#2: Keep your followers in the loop by updating content frequently

You shouldn’t worry about doing too much self-promotion given that’s what social media marketing for musicians is all about. As such, there’s no need to be shy about whatever is new in your world.

Additionally, it’s a smart move to put together frequent fliers and announcements which are perfect for pinned tweets or posts. That way, anyone visiting your profile can know exactly what you have going on.

Posting new content doesn’t have to be a massive production, either. If you have some time to kill, why not record a quick off-the-cuff social video to keep your feed fresh?

On a related note, a huge piece of social media marketing for musicians is authenticity.

Rather than just post promo after promo, it also pays to connect to your followers on a more personal level.

A low-hanging way to do just that is to post content that takes your followers behind the scenes.

#3: Tag brands, venues and other musicians

As such, it never hurts to tag others in your posts where appropriate. Some examples of smart tagging include:

#4: Interact with your fans

Maybe they love your new song. Perhaps they have a question about your latest merch.

Either way, responding and retweeting shows that you’re listening to them. While it might not be a big deal to you, shout-outs can make fans feel positively starstruck and encourage them to be even more loyal followers in the long-run.

Carve out some time throughout the day to respond to fans, paying close attention to your notifications and mentions in the process. Obviously, it makes sense to prioritize questions that deal with shows or merchandise: try to get to those within a few hours if possible.

Establishing yourself on social media takes a lot of time and effort. Don’t be discouraged if everything doesn’t take off at first. Remain consistent in your efforts and it’ll all pay off. Social media is a long game, and the only way to win is to be patient, streamline your efforts, and keep at it.

Leo is a Marketing specialist and founder of SixStringTips , a music website providing and sharing trust and useful information to help people easier to choose musical instruments and learn to play guitar. 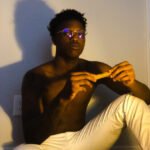 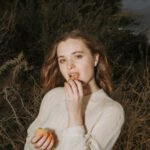 Tips to get more listeners for your debut album