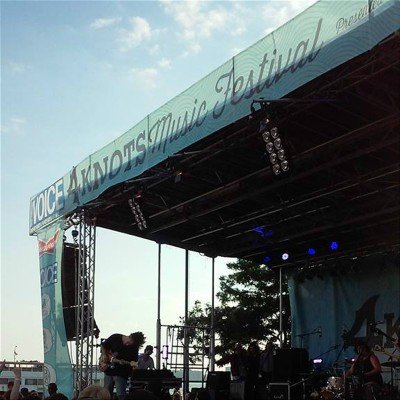 If live music is your bag then the Village Voice’s 5th Annual 4Knots Festival was your ticket. Held on the west side of Manhattan along the Hudson River, this made for a picturesque way to enjoy your weekend. All the rock bands were equally magnetic with chops to spare but there were some standouts: Screaming Female (and the name is very apropos) gave a performance that some might say was star making. I overheard one festival goer commenting that front person Marissa Paternoster “was going places”. 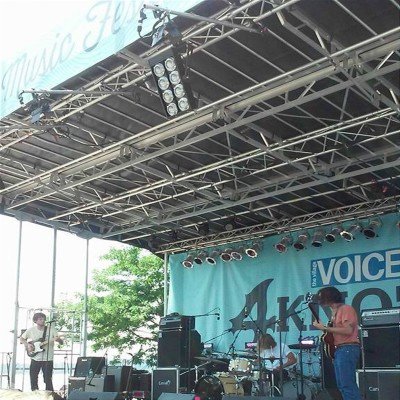 I was equally as impressed with her playing & her over the top sound check. The band Twin Peaks were filled with energy and their enthusiasm fueled the crowd. They were the one band that created a mosh pit of bodies pogoing in unison in one particular section of the audience; they worked the stage as well. After their set the energy level calmed down somewhat as Stephen Malkmus and the Jicks took the stage but they kept the crowd wanting more. There was a Lynyrd Skynyrd feel to The Heaters & I thought that their drummer was amazing. I was impressed by how smooth the show went. Whether you were looking for louder bands such as Meatbodies or Mikal Cronin or an indie band with a softer more singer-songwriter vibe such as Happyness (who could also turn the rhythm up), there was definitely something for everyone. Music with a seventies Doobie Bros rock vibe (Mikal Cronin); many of the bands gave theimpression that we are returning back to the 90’s Grunge music scene; in terms of their sound. The final act for the evening was Super Furry Animals and the night ended as it began – pitch perfect. 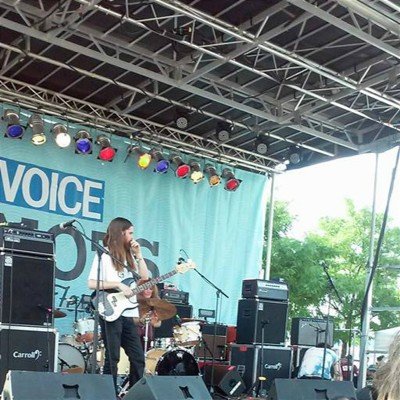 Overall impression – All of the bands had amazing chops and the festival was well run.