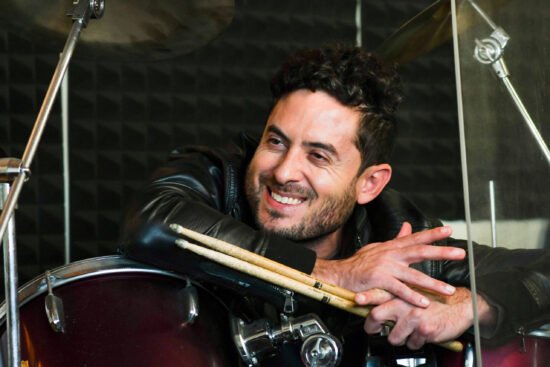 Guitarist, songwriter, ex-cult member, Gen X-er. Wesley David has a lot of identities but it took him a while to sort them out. Raised in a community of Jehovah’s Witnesses, he often felt intimidated and out of place in a culture that didn’t suit his personality or beliefs. It wasn’t until he did some self-exploration through the rock Gods of the 90s that he realized there was a whole other world open to him where he could truly express himself without the fear of consequences.

Sometimes in life, these leaps of faith can shape your journey. Small-time poker player Nathan Williams took a shot which lead him to become the master of micro-stakes poker games.

Wesley David has had a busy decade eradicating himself from the only family, friends, and neighbors he knew and identifying and managing a series of chronic autoimmune health problems. He found friendship in the company of Dueling Pianos – a conglomerate of individual musicians who banded together under the brand he started before settling in Long Beach, CA. These were happy days of performing at a wide variety of venues, and even opening for big names like K.C. and the Sunshine Band and Big Bad Voodoo Daddy.

Like so many of the musicians we love, Wesley David was thrown for a loop by the COVID-19 pandemic. Rather than let the unsettling episode drain away his enthusiasm, Wesley David has used the past few months to draw strength from isolation. He’s honed his ear for a catchy melody and put his unique life experiences into an 11-track album aptly titled, Never Late Than Better. Indie Band Guru was fortunate enough to interview him on the release of this sonic wonder.

IBG: Hi Wes, great to meet you. It seems like you have quite the story to tell! For those who don’t know you, what’s your elevator pitch?

Wesley David: Avoid the 13th floor and push the close button before people without masks get in! … Thanks for having me. I consider myself somewhere between Alt-rock and symphonic indie pop, as a lot of my influence comes both from classical music (especially movie scores) and classic rock, and 90s songwriting.  I grew up in a religious cult and learning to become a new person after leaving has been the impetus for much of how my life has gone ever since.

IBG: For those who do know you, what new songs and/or plans are you cooking up as we coast into the winter of 2020?

WD: I have a couple of holdovers actually from the album I’m planning on releasing, along with some new music videos which I’m really excited about. I made a close friend this year from Germany who was here on an internship, this absolute video whiz kid named Moritz Staudte.  As far as plans…does backing up the truck for the vaccine and playing lots of Zelda on Nintendo Switch count?

IBG: You mention that the music of iconic bands like Nirvana, Radiohead, and even Rush and The Who gave you a safe space in the 90s when your entire community pushed a lifestyle based on fear and retribution. Similarly, this year’s global pandemic has struck us all as a little “apocalyptic.” Are there any modern “safe spaces” you recommend to listeners out there, particularly those who can’t control whose roof they’re under or who are struggling to find their identity?

WD: Great question. Ordinarily, I think ‘safe spaces’ can be misleading because in reality, becoming a well-rounded human does mean learning to deal with people with whom you disagree or dislike. But in terms of how rough it can be to be a kid caught in a religious or family situation which is intolerable, the internet can actually provide a refuge. Depression sometimes makes it harder, but finding people – even on Reddit, or Twitter – who are in the same boat can be life-transforming.

IBG: On your Instagram page, you mention that Fall Out Boy was the first band you really attached to after you left the pervasive reach of the Jehovah’s Witnesses Christian denomination, admitting that the band’s witty lyricism spoke to you. When you write one of your own tongue-in-cheek songs, do you start with the melody or lyrics first?

WD: I don’t just like – I LOVE FOB and I feel no shame admitting this even to intelligentsia music types who wear much cooler shoes than me.  Their lyrics have an almost Nietzschean quality – there’s a playful sense of the absurd, an incredible verbosity, and such a mix of themes from religion to death to parodies of narcissism.  I almost always start with the melody; it often feels like putting together a puzzle, sometimes a word or words will come and it’s like fitting pieces in to move from verse to chorus and feel where the ‘tension-and-release’ should go.  Melodies have their own personalities to me.  Ball of Yarn for example just felt playful from the start; it would’ve been hard to make it dour or too serious lyrically.

IBG: Your new album, Never Late Than Better, is both a reflection on the missed opportunities you weren’t able to cash in on as a twenty-something, as well as a snapshot of where and who you are in life at this very moment. While this is a pivotal album that rejoices in the gift of developing hindsight, is there any moment of your past you wish you could go back and change? If so, what is it and what would you do differently on the second go around?

WD: Many! Ha, I think regrets are useful if you learn from them…Probably twofold: One, I wish I would’ve learned from the bands I was in a few years ago that something needed to change. I wasn’t planning on the Solo thing; I am still, even now, long-term hoping for some kinda rock ‘n’ roll glory in a band. But it was not working, and the Universe kept sending me signals I was too dumb to recognize.  The usual band stuff; someone quits, someone gets a new job, someone gets pregnant; but overall, the feel of it was actually too nostalgic.

The other, I wish I had learned the root of my health problems years earlier; it took a lot of work to get to the ‘management’ stage where the right combo of nutrition and lifestyle changes have helped me stabilize. But you know something? The point really is, it is NEVER too late if you’re invested in your life and in new possibilities for love and joy.

IBG: Fast-forward to the last five years: Why Long Beach? What about the area coaxed you in and what aspects have persuaded you to stay?

WD: I initially moved to Pasadena (from Arizona) with a very close friend, and a parade of housemates we had and moved out.  I was still going through so much transition and considering leaving LA for Vegas or back to Arizona…long story short, but I discovered Long Beach – the same friend moved here separately also, for a year – and it just felt right. Everything from the weather to the proximity to both LA and Orange County where my sister was. People say hi to each other when they walk their dogs here!  Like, legit, it’s just a nice place to live a bit outside of the chaos of the city.

IBG: As the owner of a piano bar, how do you select the musicians who perform at your venue? What’s it like to be on the other side of booking an artist?

WD: Not a piano bar, but a rag-tag collection of former Piano bar players who perform under the umbrella of the company/brand I started, back in Arizona. Dueling Pianos is a crazy, tight-knit scene of weirdos and nerdy music theatre types (I count myself as both). So a lot of us know each other; it’s really about trying to find the right performer for the right gig. A rowdy college bar gig is going to be very different from a Nursing home, so it’s about understanding people’s different skill sets and musical abilities.

IBG: Final question: If a genie could grant you three wishes right now, what would they be?

WD: ….Not including the obvious taller-thinner-better looking?….

1 – Hello Genie!  Please bring back some version of TRL on MTV, even with an aging zombie-like Carson Daly, that’s fine.

2 – Please provide a new social media platform for Anti-influencers, something where the funnier you are and more contrarian, the more dislikes (likes) you get ?  Hmm the opposite of Facebook…Assbook perhaps ?

3 – Genie! Tell bands to rediscover virtuosity on their instruments. Doesn’t have to be guitar, it could be Kazoo for all I care. But – the virtue of being *amazing* at the instrument you play and not relying on software to program it, that would be cool, and, ya know, human.

IBG: Thanks so much for giving Indie Band Guru the opportunity to interview you!

WD: I’m sure I was less bad than I feared!  ….Thank you guys for having me.

Listen to Wesley David’s new album, Never Late Than Better, on Spotify and follow his Instagram for music updates. 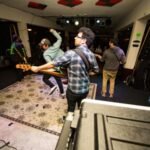 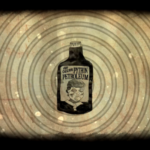