To make impactful music and, for that matter, to be a prolific pop artist, you’ve got to leave the labels and the borders to the critics and media talking heads to debate. Living your musical identity through the lens of a predetermined style or aesthetic is akin to simply writing jingles for Nabisco; there’s no heart in it, and the audience is often the first to pick up on the lack of authenticity. Womankind knows this, and in their new single “Free Woman,” they throw up an artistic flag of independence, as opposed to one tethering their brand to that of a larger movement.

The harmonies that comprise the best parts of “Free Woman” are very gentle, but they’re given enough of a boost in the master mix that we never have to question what we’re supposed to be paying attention to in this release. While the words are not a throwaway component of the track’s charm, there’s more to learn about Womankind from the style in which they play together, which honors comradery between musicians and values harmonies as much as most artists would a hook. They’re essential to this story, and a gift designed to entice us closer.

This bass, although being a bit rougher than it had to be, is the perfect complement to the lead vocal in this single, and I wouldn’t have spaced it any further apart from our singer than it already is. Having a tight mix is one thing, but what a lot of this band’s peers have been recording in the last few years has been outright smothering to listen to, and hardly palatable to a radio audience. This isn’t a problem Womankind is going to share with their rivals, and any debate about that should be quashed with “Free Woman.”

If this is just a preview into what this band is going to be putting forth in competition with other rock groups starting to get some traction in the underground today, then Womankind needn’t worry the least bit about the kind of future they’re going to have. This is a solid track that comes with a fine music video in support of its release, and even if it might not be the typical pop consumer’s cup of tea, I think it’s going to find an audience just a bit more discriminating and tasteful than the conventional crowd can match up to. 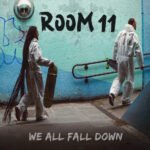 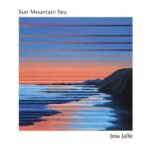