YOUTH KILLED IT tells us about ‘If I Spend Your Money’ 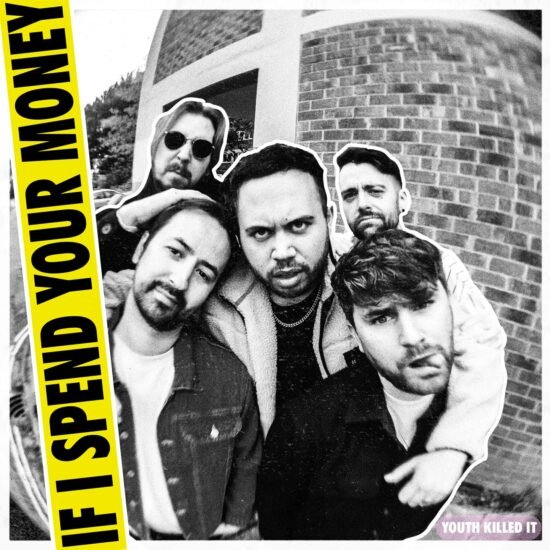 YOUTH KILLED IT grabbed people’s attention when they released the single, “Popstar.” It’s a track full of energy, making you jump around and sing along to its infectious hook. A sound that is part of their musical foundations. After a few more catchy singles, they released their debut album Modern Bollotics. Like “Popstar”, it was a collection of songs with the same punchy mood. There was no denying the sound that this raucous group of musicians wanted to get out into the world. They followed it with their second album, What’s So Great, Britain. Another great collection of songs, filled with big anthemic moments, including “This Sounds Cliche.”

Jack Murphy (vocals), Danny De Ara (lead guitar), Paul Gaul (rhythm guitar), Josh Thexton (bass), and Joel Mullin (drums) have been busy working on new material. So far, it has created the singles “I Don’t Care” and “In Wonderland”. They are kicking off 2022 with their latest offering, “If I Spend Your Money”. A song that frontman Murphy says, “If I spend your money is about bands naively taking money from record labels without thoroughly thinking the deal through. It’s a direct look at how some bands view money as the key to success. The song looks at the competitive mindset that some artists have. How they feel that they need to be at the top to find fulfilment, rather than focusing on the love of music, creativity and comradery”.

As the song begins, Murphy kicks down the door to deliver the opening lines, “I’m a borrow some money, and I’ma never pay it back / They’ll be on the blower saying Where’s the money? Where’s Jack”. From the outset, they have a lot to say but use their words to set the scene for their tale. As much as they can have a jokey attitude with their lyrics, they don’t always get the praise they deserve for the depth in their songwriting.

As the song reaches the finishing line, they slow things down a little. It adds more of an impact to the lines, “Now I’m sat where I was before / hoping money will be what I’m looking for / I’m on my own, and I’m wanting for more”. It’s a change of pace that still fits the band. It features a moment for Murphy to offer something different with his vocals. But then, the guys burst back into life to end the track with another hit from their hook.

‘If I Spend Your Money’ is yet another infectious track by YOUTH KILLED IT that makes you sing out loud!

“If I Spend Your Money” is just the beginning of what the band have to offer. April will see the release of their EP ‘I’m a believer I just don’t believe ya‘. They say it will feature four “explosive tracks exploring themes of faith, role models, betrayal and material possessions. Listeners can expect high energy, punchy guitars, indie riffs and brit-pop style vocals”. But, they are not stopping there as they are working on new material and have plenty of live shows planned. What out world, YOUTH KILLED IT are coming for you! 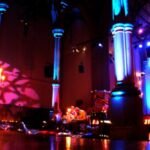 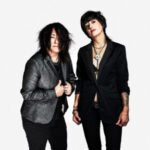