3 Ways To Avoid Giving Up Your Dream 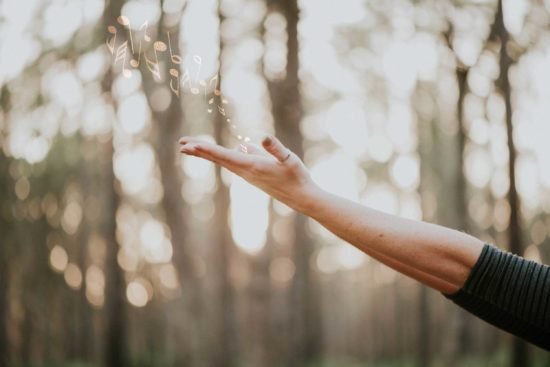 Maybe you have been through everything you have, so you have the strength to endure what is coming next”. These were not the words I wanted to hear at the time. They were spoken to me right after I had just picked up music again after a 4-year hiatus.

I don’t know what determines the path we have in front of us. That will always remain a mystery.

If you are reading this article, you know the exact minute that music found you. The world probably stopped spinning. Everything you knew up until that moment was now going to be different. Music would become you.

I’ll forever be surprised by the many challenges we face in our lives. Life has always seemed to be more complicated then it should be. Maybe we create our own struggle or maybe it just happens. Either way, it can wreck self-perceived havoc on the things we hold closest to our hearts.

I fell in love with music so quickly and so intensely that along with that came an immediate fear of not having it.

Why “giving up” doesn’t actually exist

The words Give Up are defined as “cease making an effort; resign oneself to failure”.

Remove the idea of “give up” from your vocabulary.

Giving up can’t actually exist because as soon as you try again, be it now or ten years from now, you are no longer “ceasing to making an effort”. You never actually stopped. You are no longer resigning to failure.

I’ve been chasing a dream in music for over 15 years. There have been many hurdles and I did stop, three times in fact. At first I categorized these time periods as giving up, but then I came back. Again. And again.

A few years ago I made it through a second comeback after period of not being able to play music. Afterwards, in a state of complete exhaustion, I told myself “any more road blocks and I won’t make it again”.

For a while the momentum fired until I had accomplished some professional goals I’d only dreamed possible, only to be stopped in my tracks again, this time by tendonitis. For the third time I found myself facing the horrifying reality of a life without music.

How to hold on if you consider giving up

We all look back and think “if only I knew then what I know now”. Last year while battling tendonitis I had a chance to define what causes us to get stuck and how to keep from giving up.

It is human nature to panic. You realize you missed an appointment. Left the dog outside. Ran out of coffee. Our brains send fight or flight signals programed to help us survive.

There will be a moment (or many moments) when you look down at your instrument and your gut will turn inside out. “What if I can’t do this?”

I urge you to observe emotions but don’t let them define you. Being fearless isn’t the absence of fear, but rather acting despite it.

It’s also human nature to compare ourselves to others. Human beings learn by observation. It’s the very premise of how we learn to speak and walk.

The overwhelming amount of information now streamed at our fingertips can be incredibly inspiring and also detrimental.

Everyone has a story. I continue to be surprised by the stories that come out when I finally talk to someone I’ve been admiring professionally. Everyone has doubt. Everyone has fear. Everyone looks up to someone that they think is “better then” them.

After not playing the oboe for over 4 years (and even selling everything because I thought I’d never be able to play again), I remember sitting at a cross-road. Circumstances had changed and the moment to choose had arrived.

I could walk away right now (I didn’t even have an instrument anymore). I could take the safe route and go get a “real job”.

Or, I could endure the impossible task of picking up the oboe again from scratch. Unlike the first time I decided to pursue music professionally, I knew exactly what I was getting into this time. It was going to be the hardest thing I would ever do.

The irony was that it wasn’t even really a decision. It wasn’t a “choice” because I never would have chosen anything but music.

A few weeks later I used every last penny I had to buy another oboe. Two years later I went back to finish my performance degree. The intensity of it nearly broke me, but in retrospect the only thing that was harder then finishing my degree, was selling my oboe in the first place.

You don’t choose music, it chooses you. It never leaves you. All you have to do is be willing to never stop taking a leap of faith for it. Never giving up! 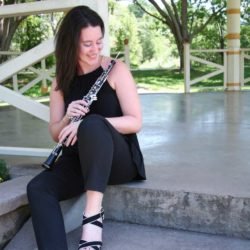 Passionate about the magic of live performance and the power of music education, Khara Wolf is a professional freelance musician in Colorado. As the founder of Durango Double Reeds, she runs a private teaching studio, is a music professor at Fort Lewis College, and performs regularly on oboe, English horn, Irish flute, penny whistle, and silver flute. For more information visit https://kharawolf.com. 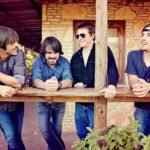 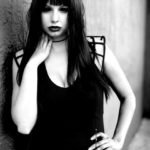 Music as a driving force of your motivation

How to Stay Motivated While Learning Guitar