There has been a major push in the music industry lately for DIY bands and making records in your own basement.  This is all well and good and some great music has been made and exposed to the masses but there is always something extra special about a professionally produced band in the studio setting.  From first listen of our new find A New Way To Live Forever we could hear the expertise come through. 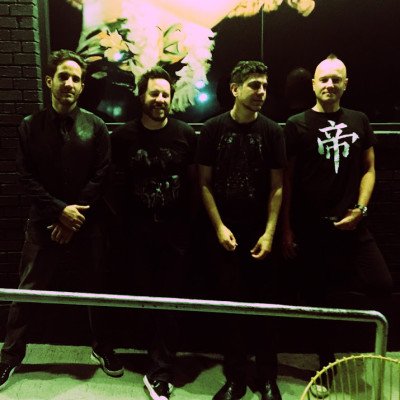 The band based in Fort Lauderdale, Florida is a ready for mainstream rock band that brings high energy to every song.  A New Way To Live Forever is made up of singer/songwriter Russ Rogers, Daniel Dyer (Guitar, Keyboards), Steve Velez (Bass), and Phil Tucciarone (Drums).  Their sound is a heavy alt-rock base mixed with soul/pop elements to create something powerful and very catchy.  The fans have been flocking as stories of their energetic live shows have been getting around.  ANWTLF has gotten some notice high up in the music industry food chain attracting such people to work with as professional engineer Jeremy Staska (Nonpoint, A New Found Glory) and executive producer, Ed Goodreau (Guns N’ Roses, Heart).  After opening for the alt-rock giants, Candlebox’s Peter Klett sought out the band to produce their next record Monument.

It has been a while since A New Way To Live Forever released their epic Rumoura EP.  The 5 song record created a lot of excitement for the band.  Right from the opener “Til My Heart Stops Beating” you know you are in for an energy-fueled listen.  Powerful driving guitars lead the way for Russ Rogers to lay his emotion filled vocals over.  The solo guitar work to start “Balloon” is truly exceptional but when the rest of the band comes in the full sonic spectrum is filled with raw power.  There is an old school classic rock feel to “Half Past December” that must really explode on stage.  The album closes with the pop rock “Monkey In The Middle”.  There is a bouncy vibe to the song and the vocal harmonies that make it a fun ride leaving listeners hungry for more.  We are looking forward to the Spring 2015 release of Monument.

Keep up with the next big Florida Rock band at: http://anewwaytoliveforever.net/ 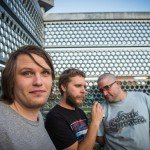 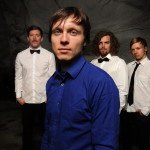