The power of music has saved many a life.  When people are able to find like minds in music things can get happy very quickly.  Often this takes a change of scenery to set all the pieces in place and fate to take over.  Luckily this story can relate to David McGhee and his band The Vanilla Milkshakes. 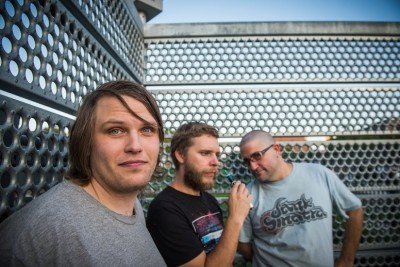 The group hailing from Denver, Colorado is the result of a wild and tough sled of a life by singer/guitarist David McGhee.  He moved to Denver at 18 years old after growing up the the southeastern US.  The freedom and chill vibe of his new surroundings was refreshing but also led to some bad things like heroin abuse and depression.  After being diagnosed with Asberger’s life started to make sense and turn much happier.  The joy led to hooking up with drummer and vocalist Frank Registrato and later bassist JanKarl Hayes.  The Vanilla Milkshakes were complete.  The band is not about perfection but about adding life to every song they write.  Their sound is an interesting mix of 90’s punk and grunge sounds but most of all it is refreshing to hear the joy spill into the music.

The band recently released their album How to Ruin Friendships and Influence Douche Bags.  The 12 track record is true to the old school DIY punk vibe with some truly catchy songs.  In fact the full album was recorded in only 17 hours.  The opener “After School Special” is a raw grunge track with a pop feel (if that is even possible, lol).  There is an influence of early Nirvana here with the screaming verses.  There is a self-deprecating tone throughout the record highlighted by “I’m No Prize Myself”.  The Vanilla Milkshakes are unafraid to say what is on their mind no matter who it may offend.  It continues on “You’re Not Cool” with a fun head bopping little number that weaves its way deep inside your ear, and stay there.  The lead single off the album is “Kreep”.  It is the most alternative song off the album with its catchy chorus and vocal harmonies that rival any doo wop band.  The Vanilla Milkshakes put together a music video for the song that stays true to the DIY ethic as well with the guys playing in a living room.  Enjoy it below:

The album closes with the mellow acoustic track “Need A Dollar”.  It sums up the fun of the record while still holding onto the underdog theme.   This is not the greatest produced album but damn it is a fun listen.  Go get it for yourself at: http://reverbnation.com/thevanillamilkshakes 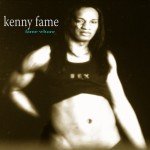 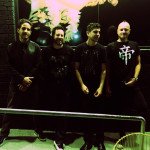