It is always very evident when an artist pours his heart and soul into a record.  Becoming an open book in your songs and sharing your true emotion will catch the hearts of potential fans that can feel this and relate to the music.  A recent discovery that fits into this mold perfectly is Adam Ray. 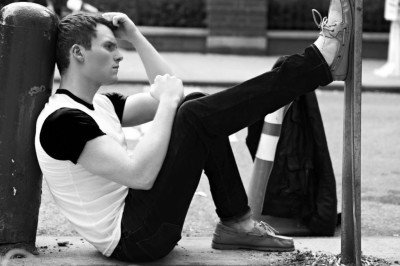 Hailing from the state of Missouri, country music was in Adam Ray’s blood from an early age.  Unfortunately it seems that the country music genre has not evolved much from these early days of discovery for him.  Being an openly gay country artist Adam Ray does not approve of the heteronormative stereotypes and the beer and pick-up truck, America cliches that the genre has been happy to stock with for all these years.  In fact it seems as they have become a badge of honor for the country scene sometimes.  Adam’s view is that country music should be a reflection of everyone in the country and be honest without hiding behind what has been recycled for decades.  There are some breakthroughs happening as seen on the hit TV show Nashville featuring a gay artist, unfortunately hiding in the closet.  On the contrary Adam Ray hopes to inspire gay youth to be themselves and give a voice to their community.  His music is as important to him as his activism.

Yesterday, March 10th was the release of Adam Ray’s album The Clown Parade.  The full length effort is poured directly from his heart and soul.  The title The Clown Parade refers to a society where everyone is putting on a happy face for one another and pretending to be who they think they should be instead of being their authentic self.  The opener “Missouri” starts the record off with an energy that grabs attention right away as Adam shares his stories of home.  He is able to slow it down as well with the piano led ballad “Addison”.  The emotion spills everywhere as it is evident that these are heartfelt personal stories that he is here to share with the world without any shame.  Some strong production skills are shown on “The Fall” with its interesting sonic palette using some off beat sounds and rhythms for the country genre but still staying true to the feel.  This is phenomenal songwriting.  He is not afraid to borrow from other genres as well as in “Loaded Gun” where there is a tone of blues and soul influences seeping into the sound for a unique “Adam Ray” tone.  The closer is the title track “The Clown Parade”.  The mellowed out aura lets the true feelings get shown within both his voice and the instruments.  There are many stories to be told here.

Go get a listen to real true country music and Buy the album on iTunes at: https://itunes.apple.com/us/album/the-clown-parade/id973231713 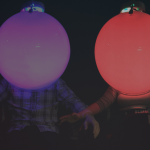 Matsu-Mixu - Expert Manipulation Of Sound To Create Unique... Previous
Xavier Toscano - Bringing Dance Pop To The Next Level Next