Ain’t No Other – Long Career Continues With New Sounds

Every musician must find a style to express their own unique talents.  The key is to use what you have to the max and develop over time what works best for you personally.  An artist we know that has shaped his sound to his own original skills is Ain’t No Other. 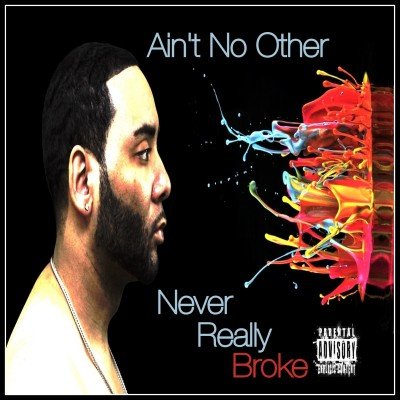 The Virginia native has been in the underground rap game for 16 years releasing his first project in the winter of 1998.  Unlike much of the scene Ain’t No Other does not have the deep baritone voice that has become all to common.  His light shallow voice creates a fresh sound that sets him apart from the masses.  Over the years he has been involved in many solo and group projects perfecting his talents to fit in with any situation.  After his 2008 release “Yellow” he even took a 4 year hiatus experimenting under the stage name Leon Coles.

Now Ain’t No Other is back with a new album titled Never Really Broke.  The 13 track record is the culmination of development and growth over his long career.  The opener “Devour” sets the listener up for what is coming with its dark ominous beat behind the flow of A.N.O.  The song “Stay Away (Selfish)” shows other directions with a female vocal hook mixed with some fancy production work making the sound bounce around the speakers.  It will certainly keep your attention.  Ain’t No Other is known for working well with others and he shows this on the track “Heat Vs. Lakers” accompanied by 6 Sense.  The head boping beat keeps the song moving forward while the 2 rappers share front duties.  There is an impressive video for it as well.  Enjoy it below:

The fun and interesting sounds continue throughout and we are glad Ain’t No Other is back.  Keep up with him at: https://www.facebook.com/anomusic 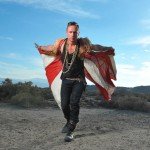 Jesse And The Rise - Pop Dance And Rock Meet And Are... Previous
Ben Vera - Staying At The Forefront Of The Live DJ/VJ... Next 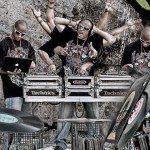