We love following up with bands that keep pushing forward to expose their music to the world.  Maybe you remember Alogia.  We reviewed their record late last year (https://indiebandguru.com/alogia-balkan-progressive-metal-ready-for-the-rest-of-the-world/). We recently had a chance to ask the guys some questions and get a behind the scenes look at the music of Alogia.  Enjoy the interview below: 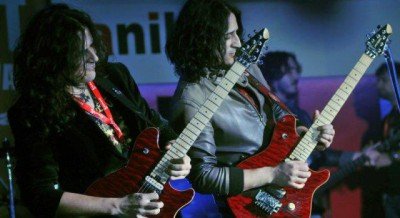 There was a band that we started with, called “Psychoparadox”. It was a kind of progressive death metal. At one point we felt the need to do something more melodic and decided to form a new band. To keep the connection with the past, we took the name of one of the best “Psychoparadox” songs and decided to use it for the new band – “Alogia”.

The point is – it doesn’t matter what changes, what stays is important. I remember many musicians, reviewers and fans who were following trends and changing styles. And they didn’t stay. Sometimes is more important to know what you stay for, instead of playing good. Being a good player is usually not enough.

3.There is a lot to your music, how would you describe your sound?

It is the kind of progressive power metal, sometimes with some artistic Balkan influences.

Really? You have heard some technical stuff from Serbia? I think that Serbia has been well known for turning out Emir Kusturica and Goran Bregovic. Speaking about progressive music, the most known Serbian guitar player is Mr. Alex Fifeson (Rush). Well, he is not a Serbian guy, he is an American, but he has Serbian roots, which makes us proud.

We changed, but the root is still the same. I mean, we developed, but I believe that every Serbian metalhead can recognize Alogia after 3 seconds of our music. I think it is cool.

It is mostly composed by me and my brother. When we finish demos, Nik comes with some magical vocal stuff.

We visited almost all big cities in Balkan, especially in Serbia and Bosnia and Herzegovina. We also have played many times in Montenegro and Croatia, but we visited Hungary, Bulgaria, Macedonia, Slovenia. Last year we had some gigs in Italy and it felt great. I think there will be more gigs over the Balkan borders in the future.

You can find out more about Alogia at: http://www.srdjanbrankovic.com/alogia/

Korveil - Coming Out Of The Shadows With His Own Danceable... Previous
The Polaris - Straight Up Emotional Rock With No Excuses Next 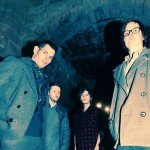