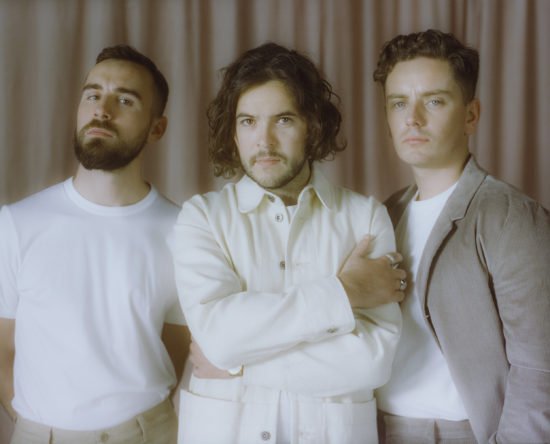 The boys of Amber Run have been quite busy on tour for the past ten weeks promoting their newest album, Philophobia. Released September 27 of this year, the album takes its name after Greek origins, meaning the “fear of falling in love or emotional attachment.” With such relatable themes, it’s easy to see why the British rock group has over two million listeners on Spotify. We were lucky enough to grab front man Joe Keogh, keyboardist Tom Sperring, and bassist Henry Wyeth for a brief interview just as their tour was wrapping up last week.

IBG: First off, let me say congratulations on the release of your third studio album, Philophobia. You must be very excited about this one!

AR: Thanks a lot! It is exciting. Another labour of love enters the world.

IBG: The album is all about the different forms of love we are capable of and exploring the fear of love. Can you elaborate on the ways one might find reasons to be afraid of love?

AR: I mean every time I look in the mirror or have a moment of self-reflection, I find a reason to be afraid. I think it’s very easy to find reasons to not understand or like yourself – and when that happens it makes healthy relationships pretty difficult.

IBG: It seems as though many of the songs on the album emphasize the parts of love we find enchanting (the sleepless nights, the intoxication of another person’s presence) can bring us just as much pain as they bring us joy. Why do you think people crave such volatile emotions when the outcome of love is often heartbreak?

AR: It feels more and more like connection is the only real currency left. Everyone wants the opportunity to be rich.

IBG: In the track “Darkness Has a Voice,” some of the lyrics appear quite haunting. “Oh, it’s grown through the years/Started ringing in my ears/Saying just know/Wherever you go/I will follow.” It appears the narrator cannot escape his/her own thoughts, whether they are good or bad. Is this song meant to illustrate the devil and angel we all have on each shoulder as we go through life, whispering words of doubt or encouragement in our ear?

AR: Very astute. One of the most important and interesting relationships I’ve had in my life is with that of my depression. I’ve always imagined it having a voice and a face and this song is an exploration of that relationship. A constant call and response.

IBG: Are there any tracks on the album that you feel focus on platonic relationships and the love between best friends?

AR: “Carousel.” “What Could Be as Lonely as Love” touches on it as well.

IBG: It’s no small feat to produce an album every 2-3 years as consistently as your group has since its conception back in 2012. Where do you find inspiration for your lyrics and what are some of the methods you use to keep the guitar riffs fresh?

AR: Just keep pushing yourselves to trying new things. New lyrical techniques, new gear or time signatures. Music is best made when you’re having fun, and you’re having the most fun when trying new and challenging things.

IBG: With only a few weeks left of your North American tour, what are your plans for the next few months? Will you take a break for the holidays or head right back into the studio on the high of your final performances in California?

AR: We are having a few days off which feels very needed! But then we are straight back into mainland Europe to play some more shows. No rest for the wicked.

IBG: This will be your first time performing in San Francisco and LA so I have to ask: You’re going to In-N-Out Burger, right? Anything else on your to do list visiting the iconic coastal state to wrap up tour?

AR: In-n-Out Burger was really good in fairness… I think we want to soak in some of that Californian spirit. Go home a little bit more sunburnt and chilled than we left.

IBG: Final question: You’ve played several festivals and shows in the UK and US. If you were able to choose five artists to headline with at a festival next year, who would they be?

I don’t think you’d find too many of us who would complain about a show like that!

In a recent press release, the band elaborated Philophobia is “Our way of connecting with you and we hope you enjoy listening.” Whether you are a loyal fan or just stumbled upon them, you can listen to Philophobia now! 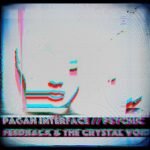 Pagan Interface Warps Minds With 'Psychic Feedback &... Previous
Dar.Ra is Back To 'Rock Steady' Next 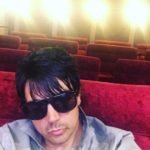 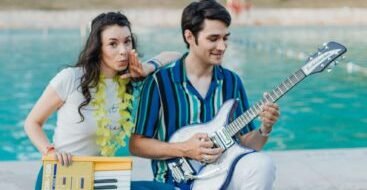 Husband And Wife Duo, Moonray Are “No Stranger to Love”