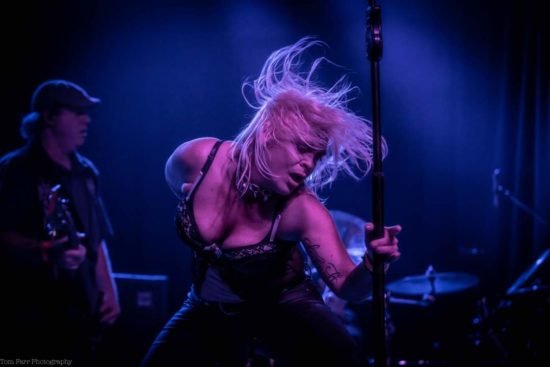 What rings more American than motorcycle rallies, rock’n’roll, and supporting our troops? If you find a suitable answer for that question please get back to me, but until then you’ll want to check out the patriotic prowess that American Maid is bringing to the table. Led by Kimberly White, the North Carolina rockers have been diligently pursuing their dream of sharing their high-octane rock with the country since 2017.

Late 2019 saw the release of American Maid’s self-titled EP. With songs that get right to the point, it’s easy to breeze through this absolute thrasher of an album. Each of the five tracks on American Maid immediately draws you into their story, captivating you upon the first notes played.

The EP opens with “Automatic” a full-throttle rock song that sets the tone for this high-energy album. The guitar riffs scream over top of slamming drum lines as the song begins and once Kimberly White’s powerful, rock voice breaks through you can see that American Maid has set you up with something special in this EP.

American Maid is presenting the same bad-assery that greats like Halestorm, Theory Of A Deadman, and The Pretty Reckless with their self-titled EP. “Dragging You Below” gives you hints of each of those aforementioned names and combines them together into a song that’s bound to be left on repeat all summer. There’s no denying that this band rocks harder than most and every second of American Maid proves that.

The EP closes out with a moving number that is a bit different tone than the rest of the fast-paced album. “Remember You” is a heartfelt track that simmers your heart rate back down to normal. A powerful rock ballad, White expresses great vulnerability within her voice and a more melodic tone takes place of the heavy-hitting instrumentals in the previous songs. “Remember You” shows fans that American Maid isn’t just a one-trick pony and perfectly closes off this powerful EP.

The release of American Maid is going to be what takes this act from only touring regionally in the Southeast US to touring nationwide and even internationally. It’s clear that there’s a fire deep within the hearts of this band and there’s only more to come from them so be sure to stay tuned to their journey. 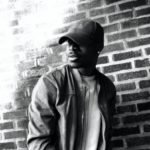 S.O.S Collective Moving with a '1/Million' Mission Previous
Steve Ray Ladson Is “Calling Your Name” Next 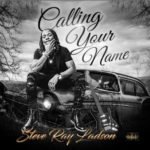