ANNISOKAY’S ‘ARMS’ is a METALCORE PICK-ME-UP 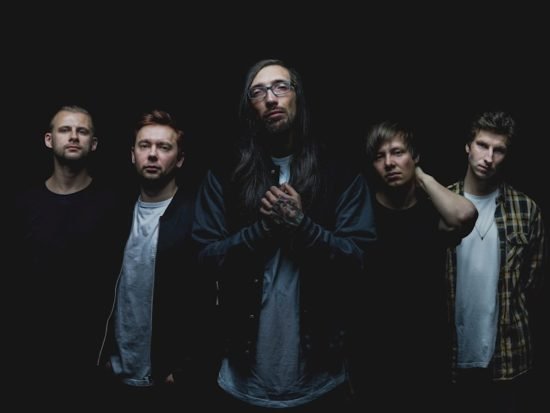 European artists are somewhat better known for their popular EDM hits and house music remixes, but when it comes to the rock genre, there are select few who rise to the challenge and do so with vigor. The hard-working German five-piece ANNISOKAY are gaining a name for themselves across Europe, and are currently touring the States and worldwide with I Set My Friends on Fire. Their new album, Arms, is coming out August 17, much to the anticipation of their ever growing fan-base.

Arms would be the fourth of their full-length albums to date, not including their EP of Michael Jackson covers, who was a massive influence to the band, its sound, and its name. That said, the band’s taste is well-rooted in ’80s and ’90s styles, and it’s evident particularly on their new album. The synth sounds that are meshed into their songs can only be a splash of retro into modern day metalcore, and their lyrical approach is rampant with emotional arousal and music that speaks to their audience. The group makes it clear that they want to make their songs unforgettable, both spiritually and physically.

Christoph Wieczorek’s clear and beautiful vocals blend well with Dave Grunewald’s passionate scream, not to mention the absolutely epic guitar performance. Better known as the “Screaming Retro Dude” among fans for his love of vintage styles, Grunewald leads most of the vocals and Wieczorek, who is the band’s producer and frontman, follows up into the chorus with the climax of the song. Such a pattern is evident throughout most tracks on the album.

Founded in 2007, ANNISOKAY truly offers a fresh approach to the world of metalcore. This subgenre is not for everyone, myself included, although I tend to enjoy some of it. But there’s a fantastic melody in each of their songs that captivated me and kept me listening. Some favorites include “Good Stories” and “End of the World,” both of which include strong vocals and emotionally arousing choruses. “Unaware” is especially the most easy-going of their tracks and is beautifully written, complete with its In Time-inspired music video released a month ago.

ANNISOKAY wanted to make Arms a raw, rougher musical experience, both for themselves and for their following. While they stressed on straying far from the cliche undertone that most metalcore and rock music implies, I still caught a whiff of uniform instrumental in most of their songs. While better put together than most, the musical undertones of most of their tracks could be likened to many others in the subgenre, which makes new listeners sometimes hesitant to appreciate their hard work.

But for Arms in particular, the hard work is evident. Drums were recorded sans digital samples, giving the ears the full, unfiltered performance. Pianos and violins, for instance, were also recorded live to provide a more genuine feel to their tracks. Suffice it to say that the group put a lot of effort into the masterpiece and made it stand out, and it truly delivers to fans of metalcore and the like. 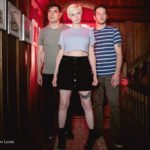 Dentist Releases Third Album 'Night Swimming' Previous
Wingtip Gets you Walking Along the 'Pavement' with a... Next