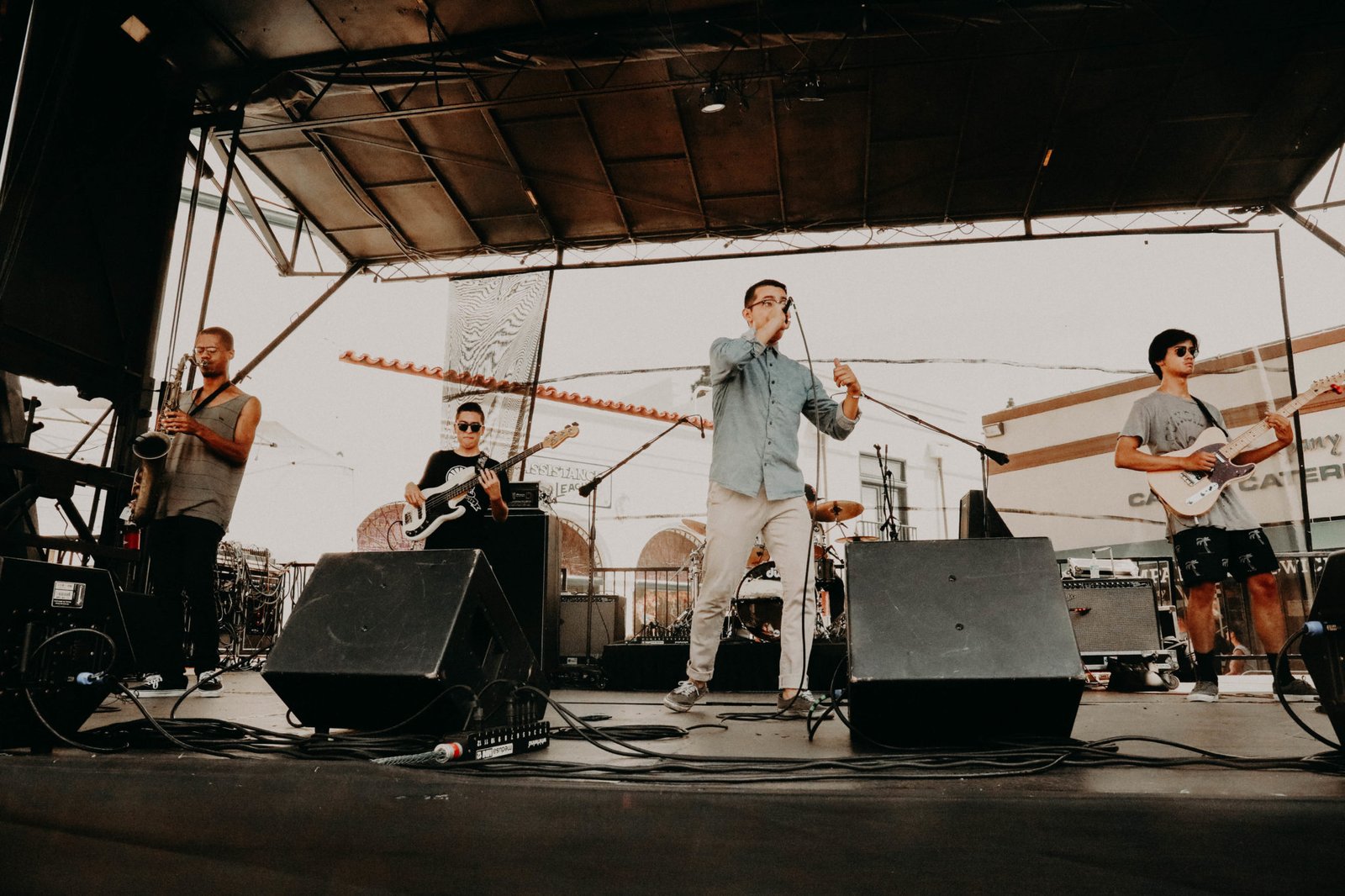 Apollo Bebop, a hip-hop jazz band born and raised in Santa Ana, can be found playing shows in San Diego, San Francisco and everywhere in between. Their main stomping ground is their hometown, Santa Ana. You can catch them playing brunch at Gypsy Den or hosting the Coollab Project (@thecoollabproject on Instagram) at Fourth Street Market. They are regulars at the Wayfarer and they’ve played at Anaheim House of Blues and the Costa Mesa Observatory; really hustling to make a name for themselves in the music world.

Past and Future Collide in Apollo Bebop

The band, which formed in the summer of 2015, consists of an MC, two guitar/bass players, a saxophonist and a drummer. Together they take the artistic value of jazz harmonies and combine it with the popular backbeat feel of hip-hop.

Brian Gomez aka Brian to Earth fronts the band as the MC with bars emulating jazz improve. His stage presence draws the audience in immediately and his groovy moves keep the crowd dancing. Brian writes catchy and thought provoking rhymes and produces the band’s music behind the scenes. Chris Trimmer plays guitar and bass along with Dominick Cruz. Trimmer studied jazz in college and competed classically in high school. His love for rock and funk comes through in the neo soul vibes of his playing. Dominick Cruz has a background in flamenco and jazz. His bedroom doubles as the recording studio and he handles most of the production for the band.

His younger brother, Donnie Cruz, plays drums for Apollo Bebop, giving them their unique hip-hop feel. He has an incredible backbeat groove and at just eighteen is an integral part to the Apollo Bebop sound. DeAndre Grover is a monster saxophonist whose familiar John Coltrane-esque choruses give jazz a new sound in the hip-hop world. He works hard and stays humble despite his clear talent.

Apollo Bebop will be releasing their first record, Still Learnin, in December of this year. The album is a testament to where they are as a band and how they worked hard to put something good out there. In the meantime, you can check out their EP, Sushi No Rubber, on Spotify and Apple Music and their YouTube channel, which will give you a taste of what it’s like to be at one of their shows. 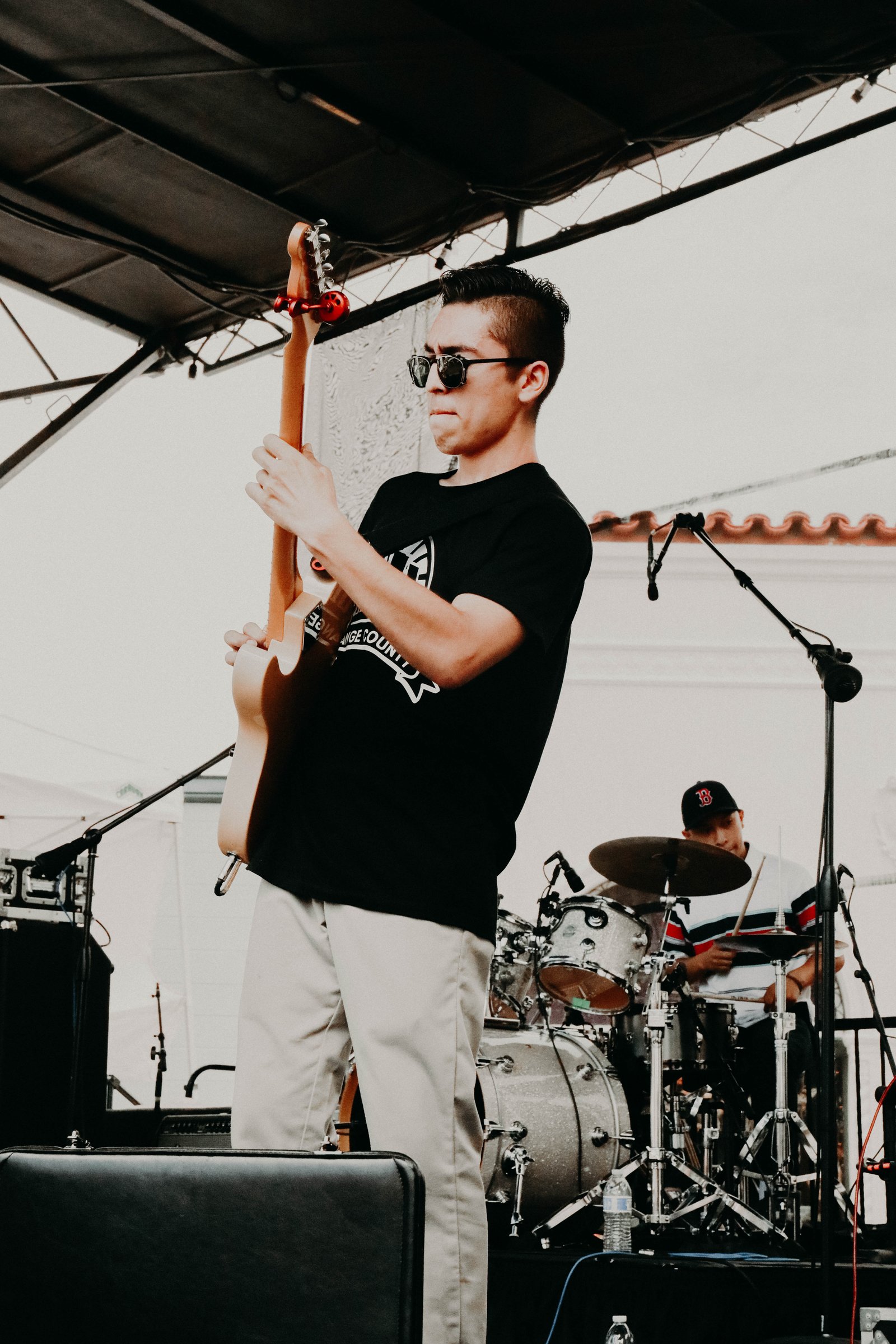 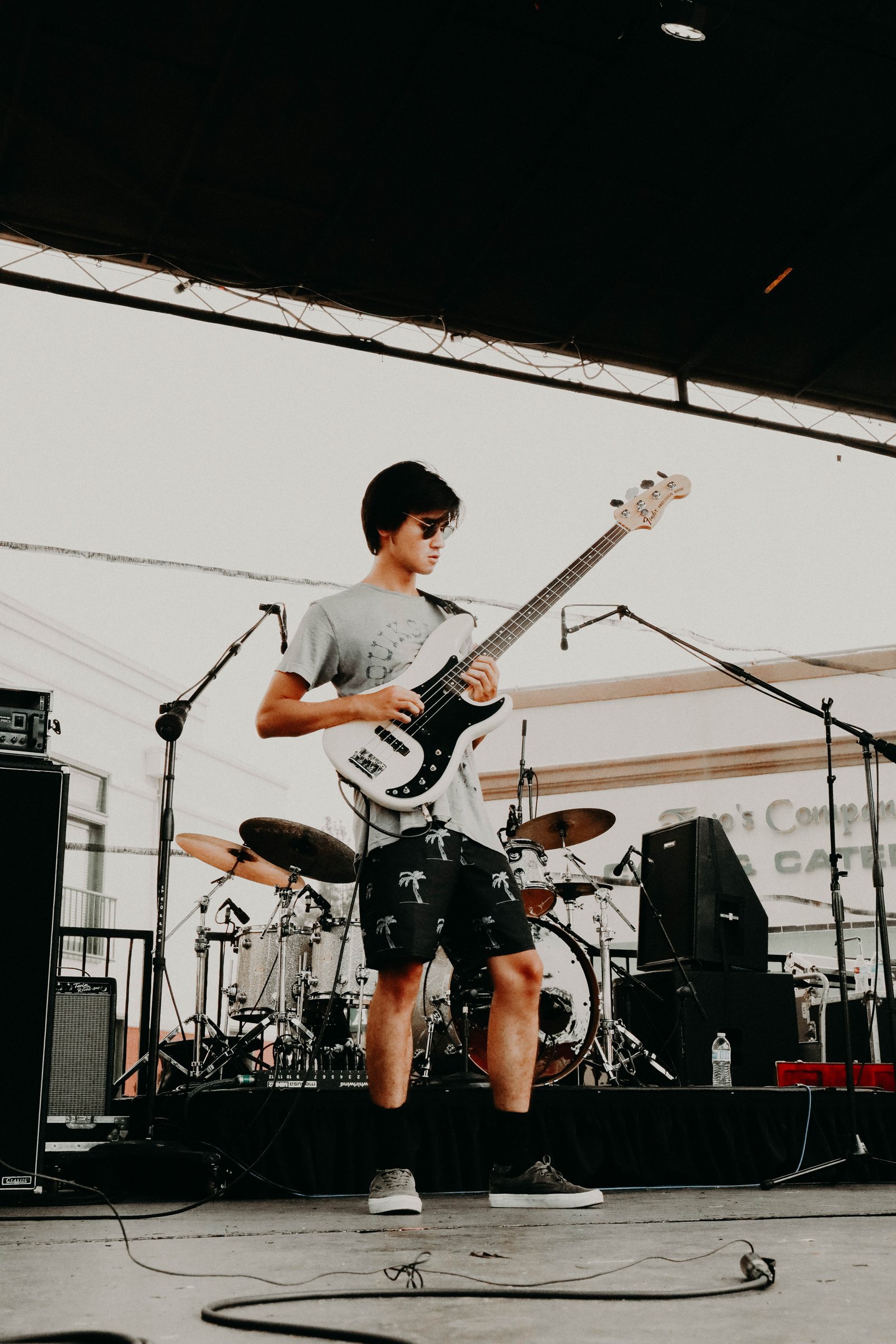 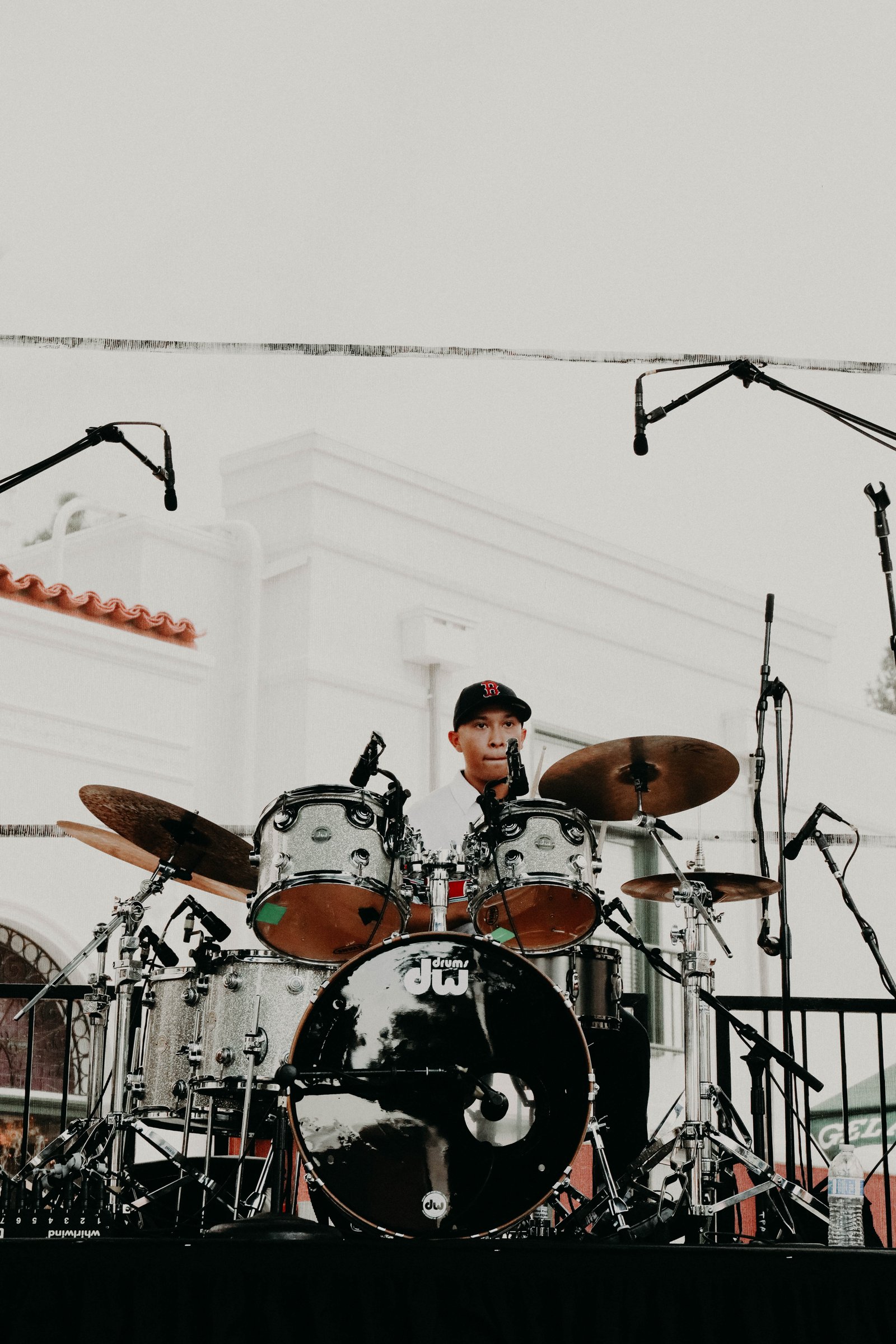 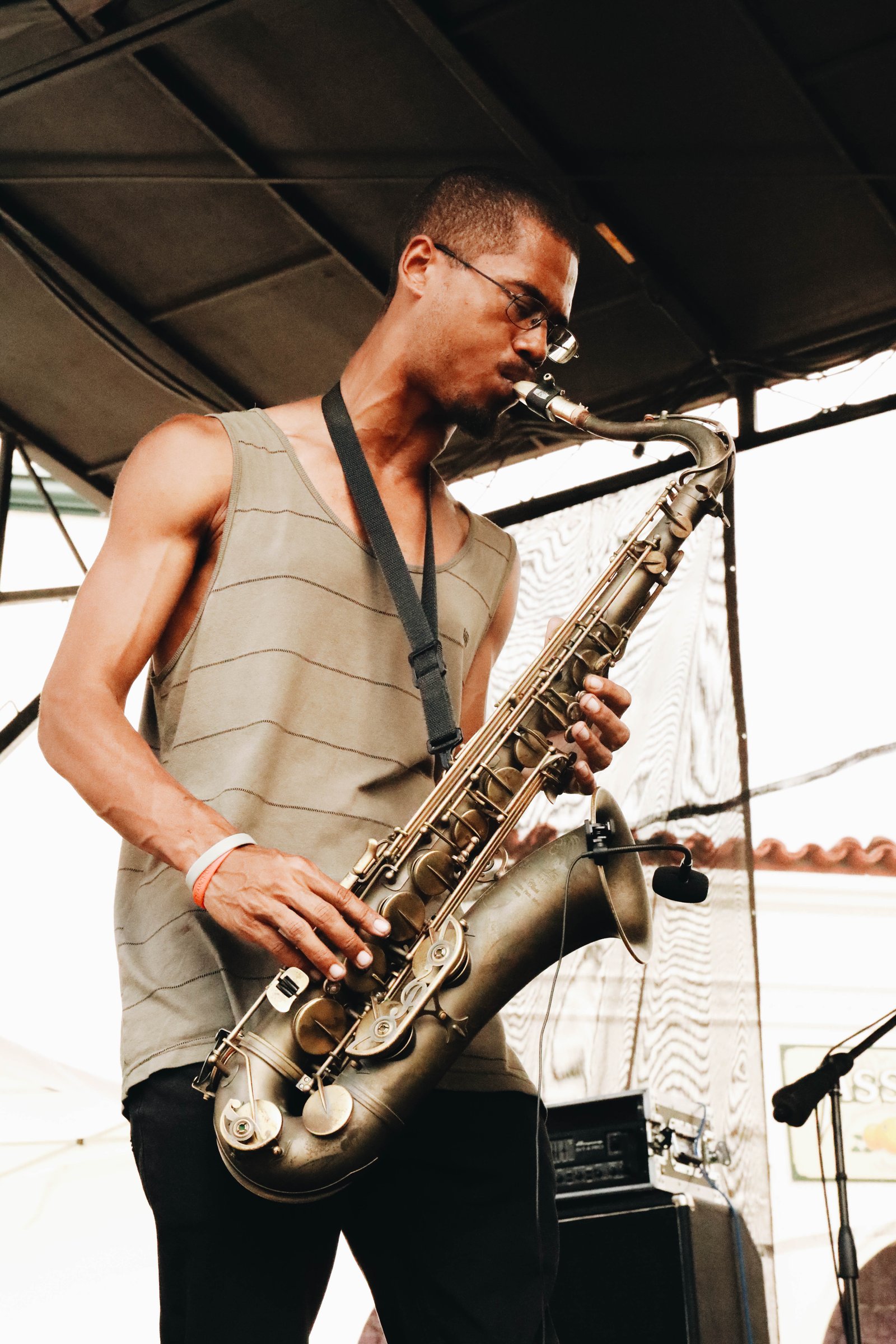 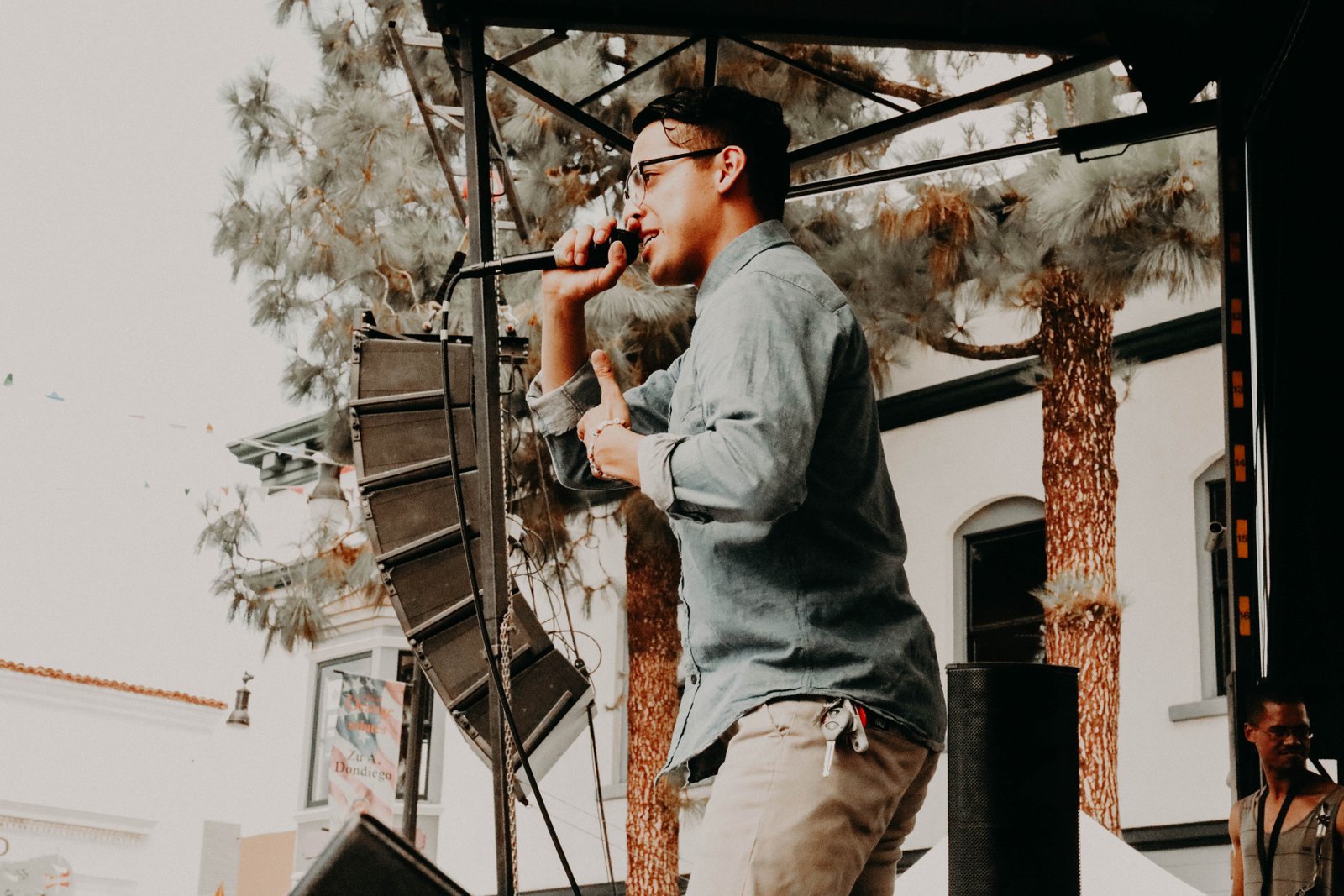 The live shows are where Apollo Bebop thrives. This was clear Sunday during their set at the Orange International Street Fair. Their unique sound and engaging stage presence draws you in immediately and the jazzy groove will keep you dancing all night. You can catch them at Cal State Fullerton’s TSU Underground Pub on October 5th, the High Hat in LA on October 6th, and Sofar Sounds in San Diego on October 14th. 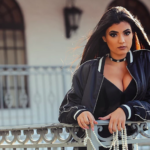 Brie Angellina is Angelic in New Single 'Lullaby' Previous
Coldfront Made the Perfect Shitty Breakup Song with 'Float... Next 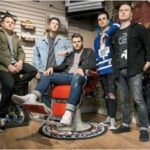