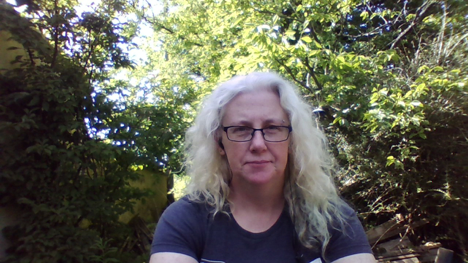 Hello again everybody. Y’know, it occurred to me as I sat down to write this month’s article that we’ve been making quite a journey around the world finding artists to talk about. This month’s travel itinerary puts us in Ireland, and, as luck would have it (<— see what I did there) my good friend Elaine Nolan lives here!

She is a classical musician and author of several fiction books (her books are “fookin’ deadly” by the way [that’s Irish for “really good”]). Anyway, let’s pull up a chair, grab a Guinness, and get ready to meet Elaine Nolan—or “Laney” as we sometimes affectionately call her. But, only with her permission of course. I mean, she is Irish, after all, so you don’t want to mess with her.

Okay. So. Elaine Nolan grew up in Carlow, in the southeast part of the country. Carlow’s about 84 km / 52 miles southwest of Dublin. She now lives in the county of Laois (pronounced Leee-sh) where she enjoys being surrounded by nature and the quietness of the area. This allows her to still work on music or writing, or have music going at all hours without disturbing the neighbors.

“Unless the sheep are trying to sleep,” Elaine adds.

To date Elaine has released 7 albums and a number of individual works. She’s currently working on two art collaborations, composing music to accompany artworks or photographs for an arts exhibition. One of these collabs is with the Carlow Photographic Society, and they just launched their exhibit online. You can have a look and a listen here.

Elaine describes her musical style as “mostly classical, with a Celtic influence, and sometimes with a techno twist.” Her main influences include Enya, Beethoven, and Ludovico Einaudi—an Italian pianist and composer. Personally, I also know she enjoys music of the Baroque era. In fact, she admits she loves to blast Vivaldi’s “Gloria” in the car :).

Music has been a part of Elaine’s life since she was about 4 years old. She recalls: “I started music at a very young age. I used to wait for the tv commercials and sing along with them, and one day my mother was offered a piano. She asked me if I wanted to learn and I did, so she accepted it. It’s been a bumpy road ever since.”

Elaine still considers piano to be her primary instrument. She also plays cello and some basic classical guitar.

Over the years Elaine Nolan has also been a member of various choirs and orchestras. In fact, she even got to perform with one of those choirs at Carnegie Hall back in 1998. It was during that New York trip that she experienced a particularly funny moment, as she remembers “being part of a bunch of Irish running around a New York hotel, and security not having a clue how to deal with us (for the record, we weren’t being rude or obnoxious, just having fun).”

Her compositional career was temporarily halted when, as a teenager, a music teacher harshly criticized one of her compositions because it didn’t have a proper melody line. This discouraged Elaine greatly as a writer, obviously. But, thankfully, her involvement with music as a performer eventually presented an opportunity for her writing flame to get rekindled. As she explains: “In 2010, I was part of the Chorus and had a small lead part in a County Council (local authority) commissioned community opera. The modernity of the music inspired me to return to writing again.” At that time she had a vocal coach whom she “trusted to give me a fair appraisal of this new piece. If she said it was crap, then I’d stop entirely. After winding me up with exaggerated hmmms, and wells, she had one suggestion, and that was to lower it a tone. It was a 3-part a capella for Sopranos, written in A, I transposed it into G, and it was performed 3 months later.”

That performance turned out to be the defining moment for Elaine regarding her music career being the correct path for her. Though she went on to add: “The realisation of needing to be Independent took a little longer to hit home, that no one was coming with a gold-plated music contract.”

Ain’t that the truth!

When she’s not writing or performing, Elaine enjoys some chocolate, a glass of red wine, and curling up with a Clive Cussler book. And her cats :).

She also enjoys watching the Irish rugby team. And, I personally want to add that it was Elaine who introduced me to a sport known as “gaelic football”. This combines elements of soccer, basketball, team handball, rugby, and American football into one fast-paced exciting activity. Check it out!

Laney offers the following advice to us: “Create your own path, do whatever works for you. Seek advice when and where you need to, then make up your own mind about your own path.”

Here’s where you can connect with Elaine Nolan: 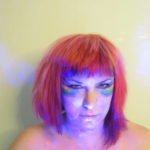 IBG Interview - 8 Questions With... From Venus Previous
'The Way Is Clear' For Cosmos Sunshine Next 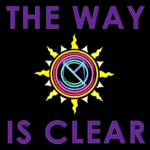