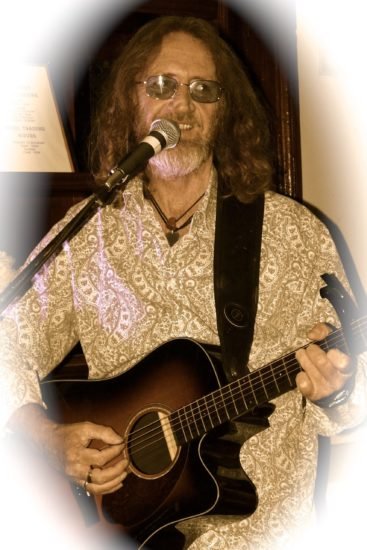 It is my distinct pleasure this month to be able to write about my friend Scott Astill. Scott is an award-winning singer-songwriter from Gympie, Australia, which is near the east coast of the country and about 100 miles north of Brisbane. A native of the land down under, Scott grew up in the suburbs of western Sydney before moving north in 2009. According to Scott, there are lots of musicians near where he lives, so he enjoys that.

He is currently working on is first single release (woo-hoo!) due out in August. He also plans to release an album in October. Scott describes his style thus: “Acoustic Rock, Blues and Country are where my songwriting tends to take me, but I also play a lot of Classic Rock covers to make an income.”

Hey, you do what ya gotta do, right?

As for the “award-winning” part, Scott won 2 silver and 2 bronze medals at the World Championships Of Performing Arts competition in Los Angeles in 2011 with his original songs.

So what’s up with this guy, this hidden talent among us named Scott Astill?

Well, he began his career in music somewhat haphazardly He had no formal training, but he says he’s had a passion for music “for as long as I can remember. I sang and danced around a lot as a kid and my parents unwittingly stoked the fire by taking me to theatre shows [musicals] such as Jesus Christ Superstar and Sgt. Peppers when I was only 3 or 4 years old. Shows that I couldn’t see at such a young age, such as Rocky Horror, I memorized the soundtrack.”

I didn’t ask him to do the time warp, in case you’re wondering.

Speaking of time warps, Scott’s biggest musical influences include Kiss, AC/DC (I would hope so!), and Kris Kristofferson, and he’s also partial to Aussie acts The Angles, The Radiators, Rose Tattoo and Redgum. He’s also a huge fan of songwriters like Lennon & McCartney, Willie Nelson, and Paul Kelly.

Scott picked up the guitar when he was 9 years old, but didn’t really get into it until he met someone in high school who taught him 12-bar blues. Other instruments he enjoys playing are blues harp (harmonica) and bass. Lately he’s been learning how to play tenor sax.

Interestingly, if it weren’t for an unfortunate life circumstance, Scott might not have pursued music on a career level the way he is now. As he recalls, “After an accident when I was 25 stopped me working in a “real” job for a while, I focused on the music. From that point onwards music has been the main thing, both onstage and behind the scenes.”

Wow. Everything happens for a reason, huh?

Scott says he hasn’t toured a lot, but he loves having a live audience and he gigs as often as possible. He did share with me his most embarrassing moment he’s ever had as a musician: “Forgetting the words to my own song. I had to ask the drummer what was next.”

Among Scott’s career highlights so far are a stint playing and singing the part of Kris Kristofferson in a “Highwaymen” tribute show (the original Highwaymen were/are Willie Nelson, Johnny Cash, Waylon Jennings and Kris Kristofferson). He was able to do a tour of Western Australia with this act. 6 shows in 8 days, traveling thousands of miles between venues in a mini bus.

Anyway, Scott told me that if he wasn’t a musician he’d be a race car driver. In fact, his dad was a racer, and he still loves motor sports.

Other fun facts about Scott:

Family: “My wife, Rachel, was my high school sweetheart. We met when I was 12 and were together on and off for years. It only took us 9 years to get engaged, and another 9 to get married. I don’t like to rush these things. We have 2 kids (who aren’t kids anymore), Blake and Michalie.”

Favorite beverages: “Coffee, Iced Coffee, Bourbon and Port. I’ve been getting into American Honey lately and loving it. Hopefully they’ll read this and offer to sponsor me. :)”

(Okay that’s it. I’m coming over for pizza and drinks!)

Favorite book or authors: Stephen King, Bryce Courtenay and Mark Dawson are on the list.

Favorite movie or actors: Russell Crowe and Michael J. Fox (Back To The Future is one of my favorite series).

Again with the time warp :).

Favorite “guilty pleasure” song; you know, the one you love to blast in the car and belt along to but would never tell your family or friends: “Baked Beans” by Mother Goose, a wacky NZ act from the 70’s. It’s so corny, it’s almost cool.

Anyway…final takeaways: “If you’re passionate about something, DO IT. Others may not “get it”, but it’s your life, so work hard and make it happen.”

To the musicians out there, he offers: “Do what feels right to you. You’ll struggle and get discouraged, but there IS an audience out there waiting to hear YOU. Learn to connect with and market to them. I’m still figuring it out, but there’s plenty of others doing it, so why not me?”

And finally: “My life as a top secret spy didn’t fit with my music commitments and the need for anonymity didn’t gel with self promotion, so now I’m an anonymous musician. ;)”

Here’s where you can go online to connect with Scott Astill:

Now, was that a jump to the left or a step to the right? 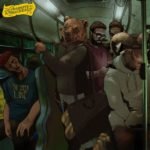 GOODNITE ROBICHEAUX LET LOOSE WITH THEIR NEW ALBUM 'THE... Previous
Marquette King Is Ready To "Party With Me" Next 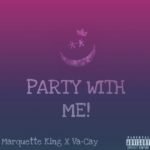