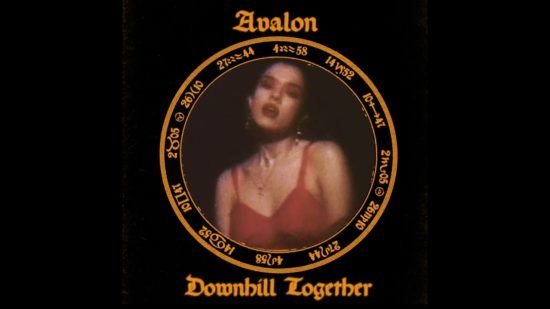 L.A based artist Avalon recently put out two new tracks, “Downhill Together” and “Deadbeat Boy.” She is an artist that takes creative control over every aspect of her work and it is evident that her aesthetic is very strong and considered. These two songs feature elements of hip-hop, electro-pop, and ’90s-inspired lyrical songwriting. The final product has a familiar quality that listeners will really enjoy.

“Downhill Together” was released by L.A Records. It’s a dreamy and somber ode to ’90s grunge. The vocal quality that Avalon supplies is pleasing and fits together nicely with the instrumentals of the song. There is a certain tenderness of intention, emphasized by seemingly personal and poetic lyrics. She does a great job making the song catchy, but not cliché. The tracking used is also utilized in a way that helps drive the song along without being the focus of attention.

The second track is entitled “Deadbeat Boy” released by Metropolitan Indian. This one is much more of a pop tune with upbeat tracking and a more streamlined lyric structure. It is even sung more like a typical pop song, though she still keeps a bit of ’90s softness to it. The instrumental additions are particularly nice on this one too.

Her guitar playing is good enough to have been shown off a bit more than it was, though. The song doesn’t necessarily need it, per se, but it would have been nice to hear more. “Deadbeat Boy” shows off Avalon’s skill with editing and digital effects, which sound rightfully confident.

The lyrics are sad and naive. This is not a criticism, rather, a praise because these qualities further emphasize the aesthetic of her image and of her music as well. It’s a dark and romantic image of troubled youthfulness. This pair of sings convey intense emotion and a freedom to express that emotion. Avalon is someone to watch for, if these two tracks are representative of her ventures to come. 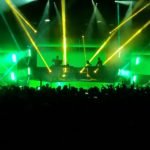 A Very White (and Green) Night with Ganja White Night... Previous
Stables Return with their New Album 'Reverie' Next 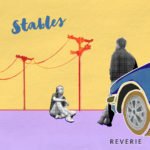