Band Of Horses to Tour with Pearl Jam? Does this make sense?

Choose your tourmates wisely! I am not sure if indie starlets Band of Horses have done this on their decision to due a 3 week series of dates with grunge rock pioneers Pearl Jam.  The only similarity I see in these two bands is that they are both from Seattle.

Granted opening for Pearl Jam will expose Band Of Horses to a much larger crowd, but who is in that crowd?  Aging, grunge rocker wanna-bes trying to hold onto their youth?  I feel that the standard Pearl Jam fan will just not like the slow tempo of most of the songs by Band Of Horses.  These fans may resent the fact that they are there to see a raucous rock show and on the stage is a bunch of guys that needed to shave about a month ago. 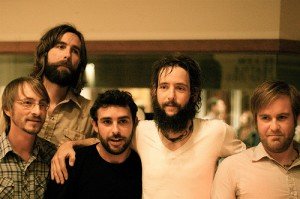 Band of Horses and their beards

At the same time, how could a relatively unknown to the masses band like Band Of Horses turn down a shot to play with such a concert packing powerhouse?  BOH would not have a shot to play at Nationwide Arena in Ohio or Madison Square Garden in New York without the drawability of Pearl Jam.  Band Of Horses will play in front of A LOT of people at these shows.

In the end I guess you could look at it both ways.  Some people will hate them and some people might like being exposed to something new and different.

What do you think?

Indie Music to Enjoy On St. Patrick's Day Previous
Story behind a bands name? The Soft Pack Next 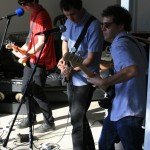