Hopefully you have a few drinks in you by now and are enjoying the St. Patrick’s Day festivities.  Here is some great music to put you in the Irish drinking mood.

Black 47 are Celtic rock legends in NYC.  They formed in the Bronx back in 1989 and have played about 150 shows each year since.  Always remaining true to their principles and their political views has cost them real fame.  Due to their independent stance on affairs in the North of Ireland, their UK record companies refused to give them any support, thus cutting off the lucrative European market.  They were also one of the first bands to make a stand against the Iraqi war.

They always return to New York City to play on St. Patrick’s Day.  For their 21st consecutive NYC show on the holiday, they will be at B.B Kings tonight starting at 7pm.

They also just released a new album on March 2nd titled Bankers and Gangsters.  It is vintage Black 47 and if you like what you hear here, you should give it a listen.  Enjoy the day and feel free to share some good stories about your evening. 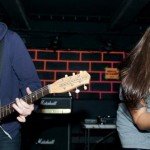 Music You Should Know - Sleigh Bells Previous
Band Of Horses to Tour with Pearl Jam? Does this make... Next 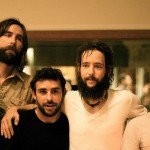