Some people have a music inside of them that needs to be released to the world.  These individuals are often considered quite strange and unique in their own way.  When these people translate this oddness into a unique sound it can become a revelation to a fan searching for “new” music.  One such person seems to be David Myers of the band Big Break. 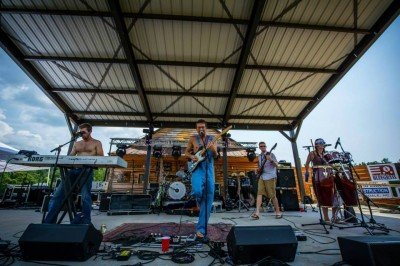 The North Carolina based band provides a multi-genre style that touches on alternative rock, funk, reggae, jam, and even soul.  They have been performing throughout the Carolinas since their inception in 2011 making new fans with every show.  The stage antics of Myers such as crouching down to crowd level and jumping around the stage barefoot attract a crowd that wants to feel close to the music.  There are influences felt from bands like Sublime and The Black Keys.  The stripped down sound of piano and congas fit perfectly with the feel of this special style.

Recently Big Break released their EP City Girl.  The 5 song record represents the best of the band and local producer Six Foot Kitten.  The simple rhythms create a warm cozy feeling that puts the listener in a better frame of mind no matter what is going on in the outside world.  On ‘Hometown’ the piano line leads the way to a sped up pace while the vocals mellow you out as they tell the story of a man trying to escape his town while maybe realizing that he is where is supposed to be the whole time.  The reggae guitar of ‘Fussy Hussy’ mixed with the soulful R&B background vocals creates something that can appeal to many different types of listeners.  The break out song of the record is the title track ‘City Girl’.  The contrast of high and low energy throughout the track make for a fun song to listen to and most likely an even more fun song to see performed live.  I recommend getting out to see Big Break if they come your way.

Keep up with the band at:    http://www.bigbreaknc.com/ 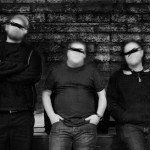