A.S. Swanski – Interview With Unique Musician Not Trying To Be Part Of Any Scene

Luckily in our position as music reviewers and writers we get to be introduced to all kinds of music from all over the world.  Recently we were contacted by A.S. Swanski, a Sweden-based musician of Dutch origin.  His unique style and latest project, Deckare, really intrigued us.  We had a chance to speak with the artist and get behind the music.

Enjoy the interview below:

How did you get started in krautrock and synthpop?

I never decided to play a specific style of music. I have always felt attracted to musicians who make something that is impossible to categorize. And that’s my aim with my own work too.

However, reviewers mentioned krautrock and synthpop to describe what I do. That’s why I use these terms. It gives people an idea of what to expect.

I particularly like the krautrock comparison as I like a lot of what was produced under this banner in the early 1970s. I recall seeing Kraftwerk’s Autobahn on German TV when it was a hit, but I was too young to really understand it back then. I got most of my musical education with post-punk music in the 1980s, which was also influenced by krautrock.

But then again, krautrock wasn’t really a genre, but an umbrella term for experimental music that came out of Germany and – just like my music – didn’t fit any existing category. I also like the comparison because krautrock dates back from an era when rock music still had significant social relevance. It was more than entertainment. My music has political undertones, too, even when half of my songs are instrumental.

I don’t know much about synthpop, but I use electronics and there’s a pop element is some of my songs. In reality, I play neither krautrock nor synthpop, but something inbetween.

How is the music scene in Sweden for that style?

I don’t believe there is one. But maybe I just don’t know about it. I’m an immigrant living in a small town in a remote area, far away from the country’s main cities, and my contact with other musicians is limited. I prefer it this way. I don’t want to be part of any music scene. It narrows your view.

Your music is very different, tell us about your influences?

Always the hardest question. As a musician I played psychedelic rock and roots pop. I also gigged with an Irish folk band and a Ramones cover band, made a wacky rock opera with a friend of mine, was a one-man punk band for a while, and now I’m doing all this weird stuff with synths and a piano, and only use guitars occasionally. I’ve also worked as a rock journalist and reviewed albums in almost every thinkable genre.

I want to be open-minded and learn from whatever I hear or do. Obviously, there are artists I like more than others, but does this mean they have influenced you? I mean, I find Marquee Moon by Television one of the most beautiful records ever made, but it has nothing to do with what I do. As a 10-year old I listened to The Doors and I saw half a dozen Nick Cave concerts in the 1980s, but I don’t think you will hear this in my music.

On the other hand, several reviewers compared my sound with Throbbing Gristle, which I have always found totally unlistenable, and with Portishead, of which I own one album that I haven’t played for 15 years.

Are you performing live? How is the fanbase responding?

No, I don’t perform live. There are simply no venues in my area that would even consider my type of music. A pub owner booking A.S. Swanski is committing commercial suicide and the community financed venues are only open to young musicians, as if people stop playing music once they are over 25.

Maybe there are a few places further away, but distances in Sweden are huge and I would have to put together a band, re-arrange all my songs, rehearse and so on. If the conditions aren’t right, I rather spend my time on creating new music. Most of my fans found me online and live all over the world, so they wouldn’t be able to see me perform in Sweden anyway.

Your newest album is inspired by Swedish crime fiction. Tell us how you came up with that idea?

It started some two years ago when I was reading a book called Echoes From The Dead by Johan Theorin. In the same period I worked on a piece that had a distinctive haunting sound, and I felt it would make a good soundtrack for the book. I then got the idea to create more music inspired by novels. If people make films based on books, then why not music? It’s all a matter of reinterpretation.

I chose Swedish crime fiction because it shares some qualities with my music: it’s rather slow paced, has a touch of melancholy and a political element. I’m concerned about the state of the planet. Most folks are obsessed with consumption and making money nowadays. No one seems to really care about the world we’re leaving to our children. But we should. It’s a recurring theme in both my work and the best Swedish crime fiction.

Your career has been a long strange trip, what are your plans to keep the momentum going?

The Deckare project is nearing its end. I will release a few more songs and then turn them into an album. The past few months I’ve also worked on new songs that are no related to books and this went so well that the follow-up is almost ready too. It will be more experimental than Deckare, which is almost a pop album to my standards, but not as dense and fragmented as its predecessor Electro Noir. But first I’ll complete Deckare. 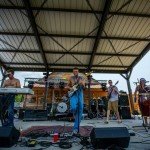 Big Break - Multi Genre Band Will Force Your Body To... Previous
The Future Exes - Welcome Back To Real Rock And Roll Next 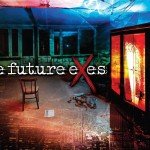