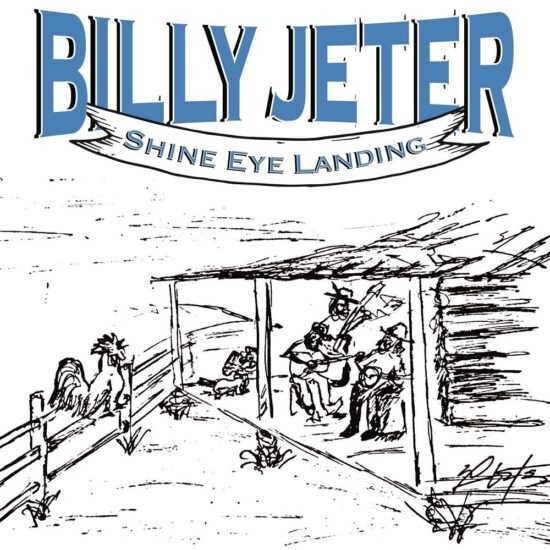 Billy Jeter captures that timeless American Folk/Blues sound with his new album Shine Eye Landing. This easy listening collection of tunes feels like it could be from the past without sounding dated. It’s no surprise he has such a good grasp on this style of music; he grew up in the Mississippi Delta in Arkansas during the height of folk rock in the 60s-70s. Jeter’s voice is clear and strong, gliding through the melodies. This kind of music is like comfort food; it feels homey and relatable. “Orion,” “Highwater Blues,” “Spider Lily,” and the title track “Shine Eye Landing,” were particular standouts for me, although the album as a whole is worth listening to straight through.

The album opens with “Orion,” a song that instantly transports you to some dusty road rolling through a rural town. It was a smart choice for the first track; the guitar riff is catchy and it’s the kind of song that makes you play drums on your steering wheel while pretending you’re some badass cowboy. An excellent song to add to your morning playlist on the drive into work. It then dives into “Shine Eye Landing,” the title track on the album. That song has a bit more of a melancholy feel to it, but it’s still a strong song and it compliments “Orion” well. Together, both these songs really drew me into the album and made me want to continue listening.

Listen to Shine Eye Landing below

Further down the track list, “Highwater Blues” pops up. It has that classic bluesy sound with the shimmering harmonica and plodding easy beat. Jeter’s vocals work perfectly for this kind of sound, lamenting the flooding of a town. While I’m not sure of his actual intentions of this song, it feels relevant to the climate issues we are facing today. It also really evokes road trip vibes; driving down some long stretch of country highway that vanishes into the horizon.

“Spider Lily” is a typical “crazy woman” song, but it’s fun and keeps up with the blues/folksy sound from some of the previous tracks. It alludes to Lily as a black widow kind of gal, who likes to drive around fast and break men’s hearts. While the concept isn’t new, Jeter has a way of seizing the essence of these classic folk/blues type songs and making them his own. “Spider Lily” put a spell on him, and she might charm you too.

Shine Eye Landing is Billy Jeter’s fourth full album, following “SongDog Blues” “House On Fire” and “Minstrels, Misfits, & Melodies.” This new album is truly a gem, a solid collection of songs.  As a whole, it feels like an updated version of the folk rock he grew up with. The tracks are easy to digest and the themes are simple and honest. It’s the kind of music that can be enjoyed intergenerationally, which I feel like isn’t an easy feat these days. He is keeping the spirit of the Delta Blues alive and relevant, and refreshing a piece of musical history for future listeners. 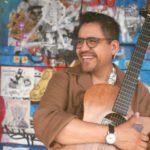 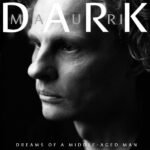