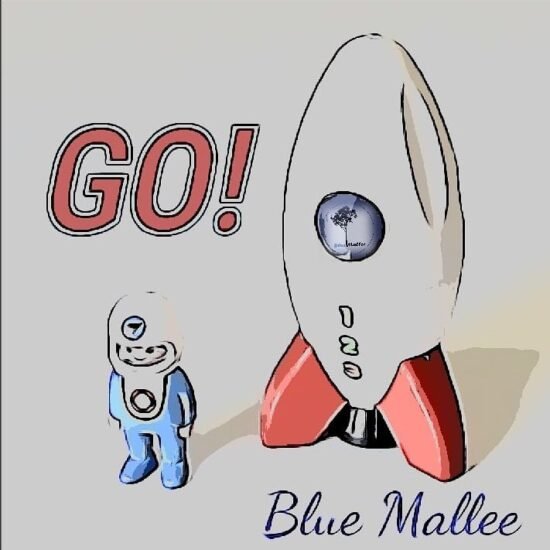 Blue Mallee has seen himself involved with various projects over the years, but now he has decided to go solo. His talents stood out the most during his time as frontman for Master Tiger Band. He stole the spotlight with his delicate voice on stunning songs such as “Tale of the Wolf, Whispered By The Moon” (from the album So Long Voyager) and “Blinded Red” (from Reflections EP).

His new direction has seen him apply this talent and his ability to play an array of instruments to create a captivating alt-folk soundtrack. He has already showcased this with his songs “Rocks and Cattle” and “Never Really Coming Back”. However, his track “Take Me Somewhere Into The Wind” highlighted how his sublime vocals wrapped in a gorgeous musical arrangement create something exceptional. He tops things off with an excellent harmonica solo as it comes to a close.

Now, Blue Mallee is ready to share his latest offering, “Go!“. He says, “This song centres around the Welsh saying ‘music in your blood and poetry in your soul’. Taken from a 1967 poem written by Brian Harris. This saying stuck at me being a musician and feeling motivated. An urgency to strive towards achieving my goals in music. I am hoping this song will inspire and motivate other musicians. As well as anyone else who is holding their talents back for no real reason. What are you waiting for? Go!”.

“GO!” offers something different compared to his previous releases. From his guitar during the intro, there is more energy within his sound. This continues as he delivers the opening lines, “I was serving coffee on an 8-hour shift / when she came in and asked me for directions and said / ‘do you get around boy?”. It is clear from its opening it is a song that has a real zest that is difficult to resist.

As the song continues, the energy mores up a few more levels, something which peaks during the chorus. There is something about his delivery of the lines “Cause music it’s in your blood / And poetry’s in your soul / And with such qualities like that / There’s no time to waste, GO!”. It feels empowering and anthemic. When it arrives, it makes the listener want to sing along at the top of their voice.

As much as the song is about its drive and motivation, it slows down during its bridge. Blue Mallee lets his voice deliver a softer moment with the repeated lines, “Cause music it’s in your blood / And poetry’s in your soul”. It not only gives the listener a quick breather but highlights a songwriter who is not afraid to mix things up.

‘GO!’ shows off a different side to the music by Blue Mallee. But it is yet another great showcase of his songwriting talents.

“GO!” not only shows off more of Blue Mallee’s great way with words, but he lets his voice run free. Fans are aware of his softer side, but it is great to hear it power out in the way it does. The musical arrangement also deserves some credit, as it is the engine of the release. With such an array of talent with this song and previous releases, his debut EP will deserve the praise it will receive. 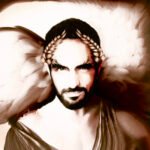