Brand Your Band – Stage Banners Are A Great Promo Tool

One of the most important things for a band trying to grow their fanbase is to make themselves stand out from the crowded local music scene.  First of all you must make fans remember your band’s name.  A good tactic is to remind the crowd the name of the band between songs but sometimes this is looked at as being overly self-promotional. 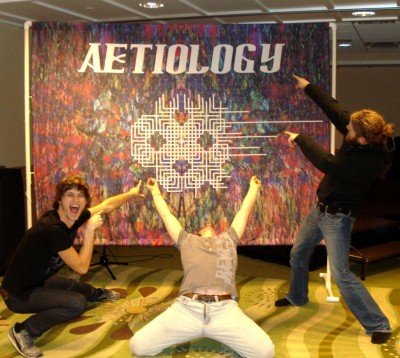 There are other ways to seep into the crowd’s brain without sounding so needy.  One way that I have found really works is through the use of stage banners.  There are many places you can find banners to be used as a display.  Find a good graphic designer friend to come up with an eye catching backdrop that features your band name in big readable letters.  This is done by some of the biggest bands in the world yet it is really inexpensive and should be done by every band striving to get known.  It adds the perception that your band is a big deal and should be paid attention to and remembered.  Most of the time the venue is very supportive of these stage banners as it makes the place look more professional too.  Your banner will even show up in pictures taken by fans and shared around their social media pages getting your band name even more visibility.  Everybody wins and the result is your band being remembered and even talked about to music fans that were not even at the show.  Bottom line Brand Your Band as much as possible.  Read more 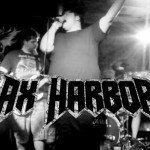 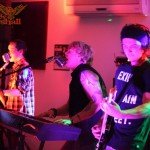