Brendan McMahon Introduces us To Learn ‘About Joe’ 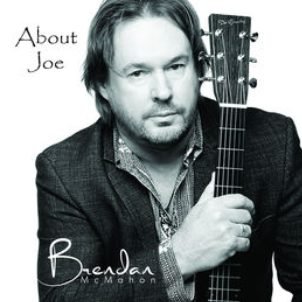 Brendan McMahon is a pop/folk artist from Melbourne, AU, with a new EP entitled – About Joe, and it’s not only an interesting collection of songs, but it also breeds interest into his previous releases if you’ve never heard them. If you already have, then you know what to expect and that is nothing short of excellence. These tracks are most compelling to the ear of folk and singer/songwriter music lovers, with stories to tell behind them. It plays out like a storybook of sorts, but it also leaves much up to the listener and that’s just one of the consistent qualities of these five pieces of art.

The music in these songs are equally balanced with regal lyrics, but some of them take knowing about to fully appreciate. It’s no different from anyone else in that aspect, but there is nothing too complex about it. He keeps most of it simple but nevertheless, it’s huge on meaning. It begins with “Home” and gets the EP underway on a great note with a song that really entices. His voice is enhanced at the outset by female singers with an almost gospel feel on this soft ballad that shows some occasional flashes of his guitar chops, which pick up later-on the EP with quite the magic, but you get an opening glimpse here.

“Fall Down” is the next track, and it’s a notch higher in tempo, but it doesn’t contrast with the previous track very much in the process, it blends nicely with it. The song goes from one stage to the next as it builds, like a house needs a good foundation. This is loosely what the song is about, among the other themes it goes so well with. It’s a well written and crafted tune, but all these tracks prove to be that just as well. There’s much more to be said with each listen, and that’s a testament to every song here.

“Gentleman Joe” is a turning point with a lot of different textures and a more abstract approach, both musically and vocally. This track clocks in at over six minutes and tells the story of a trip to Morocco when he met some faithful Muslims and learned about the human condition and how we overlook so much. It’s a slice of folk mastery once you get into this song. The backing vocals help the spiritual ambiance and top this masterwork off. It’s as eye-opening as it is to imagine his experience was, and you believe where he’s coming from and the vocal scatting is uniquely cool. This is worth the price of admission alone.

The Talent of Brendan McMahon is Undeniable

The disc gets more intriguing as “Doctor” comes into the picture with its darker sound and imagery. This is another undeniably awesome track with no questions concerning anything about it. You feel his pain at every turn on this, with some great guitar playing and once again the female backing singers add a nice touch. This is a beast of a song underneath it all, and another reason this EP comes recommended.

In closing, this EP brings the folk back into the picture and carries the EP off in complete well-rounded fashion. Don’t miss in the former what could be the sleeper track of them all.

Find more on Brendan McMahon at https://www.brendanmcm.com/
Find his music on iTunes: https://itunes.apple.com/us/artist/brendan-mcmahon/526500012 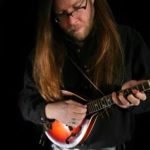 Tom Eure Shares 'The Coin, the Prayer & the Crow' Previous
Whoa Dakota Bring a Fresh Funk Sound on 'We Create' Next 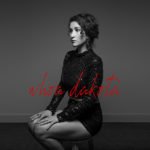