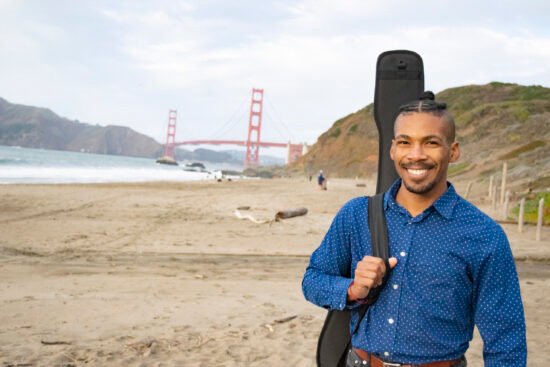 There are certain people on this earth that are here to make a difference. We live in a world with much that needs to be changed. A musician is given a special voice to reach more people with their message of change. Our recent discovery Charles Orgbon III is one of these luminaries and is here to share his talents.

The multi-talented writer, photographer, and musician has been advocating for numerous causes since his preteen years. It has become a mission for him and nothing seems to hold him back. Last month Charles Orgbon III released his debut album A Survivor’s Reward. The 7 track record artfully discusses being a 20-something, black, queer-identifying man who is a survivor of sexual assault. There is no hiding in his heartfelt indie singer-songwriter and neo-soul sound.

The touching single “Let Me Be” puts it all out on the table. Charles shares his deepest thoughts about who he is and how he deserves to be treated. A slowly picked guitar adds an element that draws the listener in close to focus on the deep lyrics.

There is also a dance version remix of “Let Me Be” that shows a new energy and power of the song and the strength of its protagonist. The two sides of the coin show that he is in control no matter how you feel.

We caught up with the talented artist to get a deeper look into who he is and how he plans on continuing to change the world. Enjoy the interview:

I don’t think that my music sounds like Macklemore, but I adore who he is and how he moves through the world. He got my attention when he released “Same Love.” Macklemore didn’t have a record label telling him what he should and should not write about or produce for the public. He had a message and he wanted to share it. It is raw and it is real. I can relate. And hundreds of millions of people listened and thought twice about homophobia. That’s the power of music.

You have been an activist for quite a while. What makes you feel so strongly about these causes?

I’m Black and gay. Have you seen the news…like ever? I don’t have the privilege to not care about the injustice that happens in the world. Being an activist is a part of my survival on the planet.

How does a song come together for you? Tell us about your songwriting process?

I first begin thinking about what I’m feeling and what message I want to convey. When I’ve written the lyrics, I then fumble around on the guitar until I find the right sound. After workshopping the lyrics and guitar with my music friends, I record vocals and the guitar in the studio with an engineer and then send those demos to my music friends who help imagine their pieces and instrumentation. Finally, I then come back in the studio and the engineer and I piece all of our parts together and create the tracks.

Your debut album A Survivor’s Reward seems very personal. How does it feel to open up to the world through music?

Stressful af. Before release, I submitted my music to ReverbNation to be reviewed by random people. I wanted to get honest feedback from folks other than my friends and family. While most people liked the music, several comments were hurtful such as when one person said I sounded like “Kermit the Frog.” Another comment was confusing when the person ranked one song 3/10 but acknowledged she’d probably hear a song like this at one of her local bars. I would love to play at a bar, so why the 3/10?! My therapist challenged me to define who my audience was and that’s when I realized that this music is not for those that don’t like it. It’s first and foremost for me, myself, and I. I wrote the music as a part of my own journey with self-expression. If other people like it, then that’s a bonus. And if others don’t like it, then there’s just something not in them at that moment that’s preventing them from receiving what my music has to offer. As the Four Agreements say, that’s about them, not about me.

What do you hope the listener will take away for the record?

I hope homophobic people will listen to “Let Me Be” and reconsider their attitudes. I hope victims of sexual assault hear “I Said No” and remember they’re not alone. I hope that everyone who didn’t anticipate hearing “I Said No” know that men can also be victims of sexual violence. For “23,” I hope people understand that this is not a “young and dumb” ballad, but rather is meant for young people who can relate to wanting to learn and grow, as well as older folks who are humble enough to acknowledge that they can also learn something from a 23-year-old and that these lyrics are equally true at 33, 43, 53, and beyond.

Give us a look at the future of Charles Orgbon III?

A year ago I told everyone I wasn’t going to ever make a record. But then I was raped and realized I had a lot to say to the world. Who knows what the future will have in store.

You can hear the full A Survivor’s Reward album by Charles Orgbon III HERE. 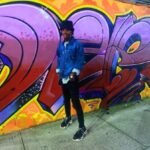 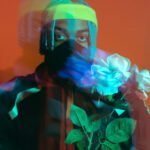