One of the greatest way to perfect your songwriting skills is to just get out there in front of people and play your songs.  Take the feedback from the audience and learn what works and pour that into your music.  A great example is Christopher Brooks who has become quite the songwriter. 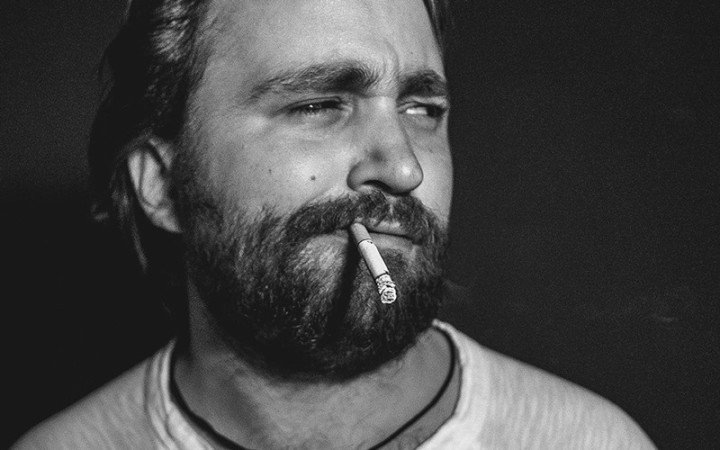 The guitarist and singer/songwriter hails from Philadelphia, Pennsylvania where a lot of raw music has been building for years.  Christopher Brooks has developed his own brand of Folk-Americana utilizing his fantastic skills with an acoustic guitar and storyteller style.  He has put in the hard work through the years playing top venues such as World Cafe Live, North Star Bar, and the Trocadero Theater.  This work ethic has been gaining Christopher a rabid fan base that is truly connecting with his music.

Last summer Christopher Brooks released his self titled album.  The 10 track record puts his best foot forward.  He also had the help of a collection of local artists, including Frances Quinlan, Mark Quinlan, and Joe Reinhart of Hop Along, and Alex Smith of Cold Fronts.  The opener “Please, Maeby” has a little raw southern vibe that brings the listener in close for a closer listen.  The bass groove friendly “Howl” mixes a bunch of pretty melodies with his gravelly lead vocal delivery along with some other voices making their presence felt.  This is one that demands multiple listens.  There is a more raw rocking side shown on “Long Way Down” with agressive styling along with a harmonizing chorus that is anthem like.  The album closes with “Hymn  54” which slows it down a little and adds some piano trills to let you know that Christopher Brooks can go in any direction he wants.  We are excited to see what comes next.  Keep up with more at: http://www.christopherbrooksmusic.com/