Good music can entertain in any language.  A good melody and great energy can be felt even if the words can not be understood.  This is one of the barriers that can be smashed through with music and the independent music community is even more open to something that feels right and original no matter what the level of understanding is.  Our recent find Cikatri$ is about to bring their unique sound to America. 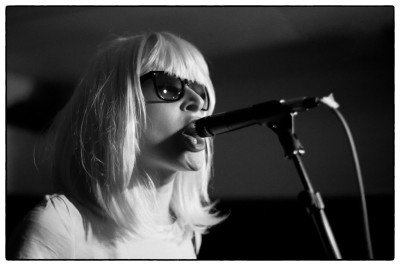 The self-proclaimed “avant-garde keytar-punk” band hails from the land of interesting music known as Stockholm, Sweden.  Their sound is an enigmatic mix of France’s musical 1960s, Swedish garage punk, the raw sounds of the 1980s, and the minimalistic and experimental rock energy of today.  The brainchild and songwriter of Cikatri$ is Aurelie Ferr.  She grew up in the South of France focusing on Classical music but as her experiences grew so did her original musical influences.  In addition to Aurélie on keytar and vocals, the band consists of Anton on guitar, Robert on drums, and Jocke on bass.  Together they let the music lead the way and in fact most of the lyrics (in French) are added late in the process, usually in the studio as an afterthought.

Recently Cikatri$ released their third album Aie ! – le trois.  It is a double 7” EP that was recorded in various spaces across the city.  The opener “Quand me réveillerai-je?” is a new wave punk explosion that grabs your attention right from the first note.  The use of different sounds brings the track to a higher level without being overpowered by any one instrument.  The speedy energy is kept going with “Qui Le Fera” and its choppy guitar paired with spaced out sounds in a high tempo.  This music will get anyone going.  When I got to “Tombee Amourouse” I had The White Stripes come to mind as an influence until I realized that is was actually a cover of “Fell in Love With A Girl” sung in French with an adventurous guitar lead.  The closer “L’Espace” attacks from the first note with the full band creating a full wall of sound to dominate your ears.

The sounds of Cikatri$ are coming through the US in time for the SXSW festival in Austin, Texas.  In fact they will be releasing  a limited-edition cassette tape, appropriately named “The Texas EP,” which will premiere at their first SXSW showcase on March 19 at BD Riley’s.

The rest of their US tour consists of :

You can get a head start on the Cikatri$ sound at: http://cikatris.bandcamp.com 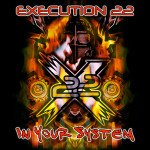 Execution 22 - Raw Enigmatic Rock Energy With An Aura... Previous
Chancius - Develops A Unique Sound From Trial And Error... Next 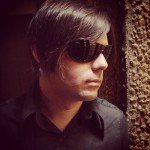