A few days before their first ever New York performance, I met Italian band Boxerin Club on the subway. They were looking for the CMJ party bus, and having seen my CMJ volunteer shirt and badge, they came up to me to ask for help. I didn’t know much about the bus, but I was impressed by what I learned about the band.  Not only had they never played a show in the U.S., but they’d never played a show outside of Italy. Apparently, the band won their CMJ spot at Arezzo Wave Love Festival, an event in Italy that highlights up-and-coming Italian bands. Slated to perform at Fat Baby on Saturday as part of the Sonicbids showcase, I promised them that I’d try to come to their show. I’m glad I kept my promise.

The band, a five-piece outfit currently based in Rome, played catchy, up-tempo tunes with heart. Songs It Takes Two to Tango and Clown were memorable, as was tropical-inspired jam “Caribbean Town”. You could feel their excitement during the entire set, and they seemed very content on Fat Baby’s stage. They had the audience clapping along to a few of their songs, and seemed to leave everyone in a good mood. It was clear that their easy-on-the-ears tunes left a strong positive impression on the audience.  Enjoy some live action here:

After CMJ, they made the most out of their stay in New York, venturing to Harlem spot Silvania and Goodbye Blue Monday in Brooklyn for gigs. This may have been their first trip to New York, but I’m certain it won’t be their last. 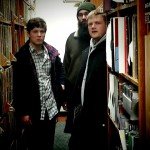 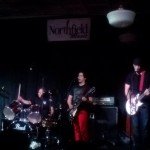