There is something to be said for a band that can keep going strong in the local scene year after year.  We all know the difficulties that arise within a band as personal lives move ahead that can often tear a group apart.  A testament to this staying power is the band CUSTOM. 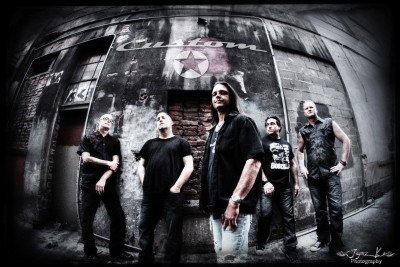 The Seattle, Washington based rock band has been leading the local scene for over a dozen years.  The hard rocking energy has been there the whole time.  The current lineup is comprised of original member and guitarist Corey Petro (Jesus Headtrip and Runaway Trains), vocalist Jacque Hartless, and bassist Paul Yarnold (Model Citizen), in addition to new additions drummer Brandon Wilsey (Rorschach Test and Jesus Headtrip) and veteran guitarist John Norton.  The talent is still there in their guitar driven hard hitting in your face rock sound.

After a four year break between records Custom has returned with a new record through Raunch & Roll Records entitled Flat Out Fast.  The 9 track record is a wild ride through the rock journey of Custom.  The opener “Stop” is a crunchy attack on the listener letting them know right away this is real rock n’ roll.  The high speed energy continues on “Buzz Zone”.  The guitar solos aredynamic and bring to mind a time of classic rock.  The band shows they can successfully slow it down too with “Because Of You”.  This darker track lets the strong vocals truly stand out.  The full soundscape is filled on “Callate Su Boca” with pounding drums and squealing guitars dragging you along to the chorus.  Another nice guitar solo shows up here.  Custom lets you off with the progressive closer “Say Goodbye Again” that shows that even after 12 years this band is still developing and churning out original music.  Catch up with Custom at: http://www.raunchandroll.com/ 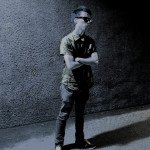 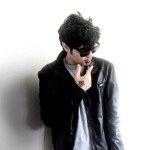