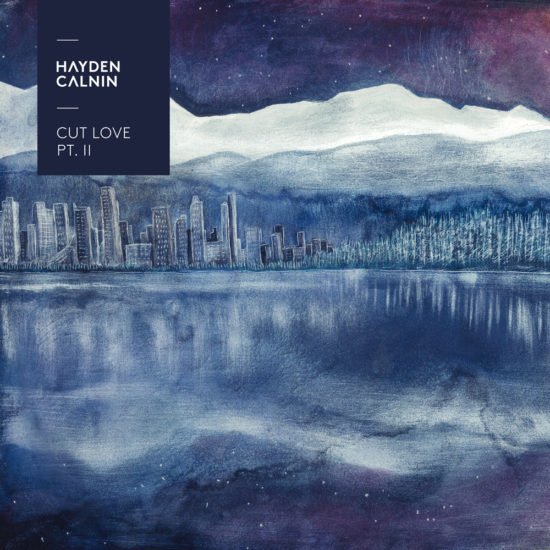 Just two months ago, Australian singer-songwriter Hayden Calnin released the first half of his experimental debut with the album, Cut Love Pt. 1, earning comparisons to giants like Bon Iver and M83. After returning to the studio to work alongside Aussie producer Tim Carr, Calnin is back to give fans the highly anticipated second installment, Cut Love Pt 2.

If you didn’t have a chance to check out my review of Pt. 1, you can take a peek here or read this all-encompassing synopsis: Calnin is an emotionally raw songwriter and vocalist with the sound of an electronic Justin Vernon.

While undoubtedly a continuation of Cut Love Pt. 1 (just look at the albums’ artwork side by side), Pt. 2 is a more extroverted take on Calnin’s songwriting than his first release. The album’s opening track and one of its lead singles, “Caution Cares,” introduces this confidence right away, with rolling drum lines and bellowing, intonating vocals that repeat throughout the song.

At the end of the track, however, Calnin returns to an artistic element he leaned on during Pt. 1. The music fades to reveal an audio clip of a classroom lecture (even with Google, I was unable to identify the original source) with a voice saying, “We haven’t quite figured it out yet. One possibility is that these things are actually human beings from the future.”

With this short sample, the listener is transported back to Pt. 1, which opened with an excerpt from a lecture about the philosophy of “nothingness,” and featured audio from an early NASA launch. Pt. 2 keeps this otherworldly time and space theme afloat.

In the second track, “White Night,” I felt like I heard more of Calnin’s voice than I had during any song on the first album. He veered from his usual delicate falsetto to sing in a warm, fuller voice, reminiscent of Alex Ebert from Edward Sharpe and the Magnetic Zeros.

In songs like “Ultra-Beast,” “Birthday Hips,” and “It’s Overcrowded Here,” his voice returns to the beautifully soft, Justin Vernon-esque tone I remembered from his first release.

When I saw the title, “Hound Dog,” towards the end of the album, I assumed the song name was simply a coincidence. Calnin surprised me, however, with a stripped down take on the iconic Elvis Presley track. Using a subdued electric guitar and layered vocals, he slows down the tempo and modifies the chorus melody to give the rock classic a distinctly folktronic feel.

Just like Pt. 1, every track on this album works. Cut Love Pt 2 seems to incorporate more powerful instrumentals and thicker layers of sound behind Calnin’s voice, giving it a more modern and less raw feel overall. Despite this shift, Calnin’s consistently vulnerable vocals tie the two albums together to create a singular, 19-track masterpiece.

Now that his full debut is out in stores, Calnin has launched the summertime Australian Cut Love Tour, which will take him through Melbourne, Sydney, Perth, and Brisbane, before he embarks on a European leg in the fall.

You can learn more about Hayden Calnin here or get Cut Love Pt. 1 & 2 on Spotify and iTunes. 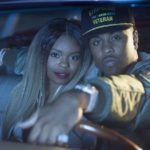 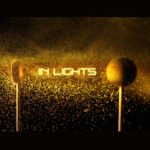