Some souls are made for a career in front of an audience.  Talent is given to unique individuals and each person’s job is to use that talent to make the world a better place.  DIscovering your talent at an early age makes this journey a fun and meaningful one.  The vocal and songwriting talent of our latest find Daniel Landers is blatantly obvious.

The accomplished singer and songwriter started his career early and now has a following around the world.  Daniel Landers made his debut at the age of four touring with the hit musical PBS TV show, The Huggabug Club.  By age 11 he had his own band and was writing and  performing original songs.  Daniel’s fame really blew up when he competed in the finals of Europe’s X-FACTOR in the Netherlands while still a teen.  He chose to come back to the US to finish high school and focus on a career in music.  He studies music business and contemporary songwriting at the prestigious Frost School of Music at the University of Miami.

Right now Daniel Landers is putting the finishing touches on his album of self-penned songs.  We were able to listen to some of his music and the talent is evident from the first listen.  He has a way of creating beautiful music with meaning that soothes the ear n tracks such as “Til He’s Sober” and “Hell Feels Like Home”.  Daniel can also bring the rock to the forefront on songs like “Back In The Game” and the powerful “Break Free”.  The first single from the upcoming record is “Love Me Tonight”.  It is a pretty piano driven ballad that features Daniel’s soaring vocals and skills as a songwriter.  Enjoy the professionally filmed music video below:

Keep up with this young talent at: http://www.daniellandersofficial.com/

Polkadodge - High Energy Pop Rock From Sheffield Previous
Radio Rahim - Keeping Hip Hop Connected To Its Past With... Next 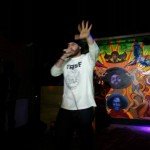