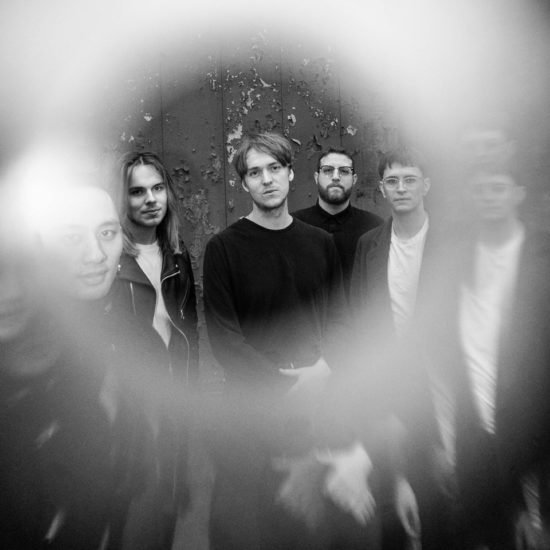 There’s a line in the song “Forgiver” from the alt-rock band Dendrons that says “consumes”. For many, the act of forgiving and wanting forgiveness can be a relentless need. Filling every thought, every action, Dendrons’ newest release is a choreographed wall of sound that protects the vulnerability of forgiving. It’s a rock/punk-laced track that eliminates the void.

“Forgiver” has the sound of collateral damage. The enigmatic, domineering guitar riffs fused with electronic/machine-like bursts, peppered with little bright burps, is the foundation. Dendrons, comprised of five members, hails from Chicago, Ill., and the overall tonal presentation is that city-feel. It’s the sound of things working, sounds colliding and the sum of all its parts. Much of this song brings to mind Nirvana’s catalog and pulls from other influences like Radiohead.

Some other lines that stand out, amongst the perfectly timed percussion, are “I don’t know, most days”. By drawing a time table, Dendrons create a story that is cemented in something that happened in the songwriter’s youth. “Most days,” the singer nonchalantly sings. The vocals are a bit murmured, under the umbrella of a ruckus of guitars, heavy bass lines, reverb and percussion. I felt like the vocals were creeping in, where the music bed really needed to take off. The vocals, at times are mumble, and it’s a bit hard to clearly hear what they are saying, but it’s also what makes this song so punk. It’s a feeling. It’s a mood.

This band really gets the feeling of holding onto to something, that unwavering, albeit nagging feeling of regret. The sound they’ve created in “Forgiver” really tempts the listener into a wide world of anger, confusion and even clarity. I think that’s where the little bubbles of light shine – that moment where you feel at ease, after the suffocating task of wanting to let go. It’s one thing to forgive, it’s a whole other thing to forget. “Forgiver” carries the mind and soul through this journey. While it’s hard to point out exact lyrics that accomplish this, the overall sound strikes a peculiar chord at chipping away that resentment. I found this song to be liberating and in the throes of the anguish, the Dendrons give an escape path to finding peace.

Percussion wise, the fill shapes culminate in bigger ways with each listen. I think that’s where the band’s Chicago roots come into play. The idea of a big city, big noise and big attitude. The drums aren’t a distraction, but the pace and the rhythm react much like a crowd herd on a weekday morning. Trying to catch the train, moving across the street to beat the turning taxi. Something about “Forgiver” is so much more about relationships and humanity, but the music actually feeds into this idea of a society. The machine of a society working as one.

Overall, “Forgiver” from the Dendrons is a keeper. It’s a solid rock track that leans in the pop direction, but fans of both genres will want to take a listen. It’s worth adding to your playlist if you’re a fan of Nirvana, Radiohead, Portishead, Arcade Fire and even Muse. 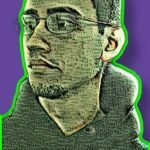 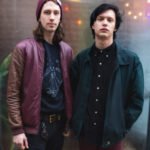