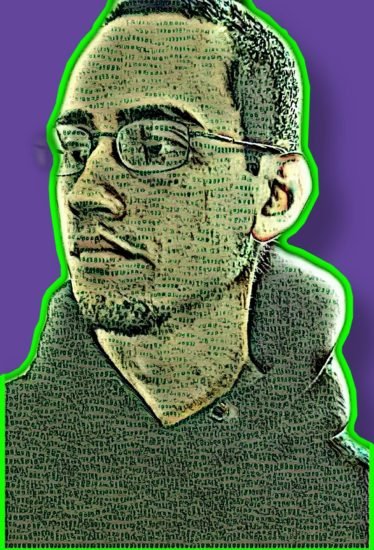 We all lead truly unique and interesting lives. As artists, we have the ability to share our lives through our music. Our recent discovery Jǝs Jāmz has plenty to share.

We caught up with the dedicated rapper to get a deeper look into his growth. Enjoy the interview here:

When I first started rapping as a teenager, I asked for advice about topics to rap about and my foster brother Raybo told me to keep it real, to draw from things that actually happen in my life. I didn’t listen to that advice until I was much older, but there was a point when I heard a snippet of an Obie Trice song at the end of an Eminem song and he introduced himself to the world saying, “Obie Trice, real name, no gimmicks,” and that idea really started to have an impact on me. The spelling of the name is a very recent change, which was initially just to distinguish myself from other artists with the same moniker, but it has quickly grown on me. I think the dictionary-like appearance kind of already sets the expectation for something intellectual or conscious. At the very least, I’m hoping it sparks interest and intrigue.

I would say it’s a lot like hip hop from the 2000’s, or maybe a really smoothed out version of 90’s rap. I do like to get a little gritty on something deeper and just a bit slowed down, but something uptempo is pretty rare for me. Over the years, I’ve been adding in a few more songs that are more melodic, and I think I’m gonna make it a point to do that even more; it’s a bit harder because melodic lyrics don’t always come to me naturally, but I find that the results are very fun when I’m patient and work with an idea. I keep in mind that music has the potential to be accessible for practically as long as we can imagine, so I try not to worry about what the rest of hip hop is sounding like these days, because the only way for me to make something that I feel is timeless, is to make music from the heart because that’s where the best quality of my sound comes from.

Your early life was pretty tumultuous. How has that affected your musical growth?

Well, that’s probably what got me into hip hop in the first place. I related to that genre and got more immersed in the hip hop culture than I even realized at the time. My world and these lyricists’ worlds were very similar. Early on, I would reflect that through a sad song here and there because it had an impact on the people who listened and knew me. But at the point in my mid-20’s when I did listen to Raybo’s advice, my experiences started coming through in everything I wrote. I didn’t have to make sad songs, because my life’s struggle was in the gritty bars, the smooth bars, the inspirational ones, the buff ones, sarcastic ones, clever ones, fun ones, cool ones, etc. Honestly, I feel like I can’t even take the battle out of my words, so I don’t really try to put it into them. I just steer clear of the pity, and write with a sincerity that can be admired for what it is.

Well, in one of my foster homes, we weren’t even allowed to listen to rap, but we would go to Skate Depot and the DJ’s there were always playing Eminem’s The Real Slim Shady. And everybody at my elementary school recited his lyrics on a daily basis. But I was really into his lyrical side and his verses on the first D12 album are very powerful and well put together. Just anything of his on a mixtape around that time, too. ‘Till I Collapse is actually my favorite song by him, though. I mean, that’s just the first artist we’re talking about here, but to be honest there are so much more with a full in-depth story that deserve even more credit, but I’ll try to be as brief as possible. Tupac inspired me to write my first rap in 4th grade, but I almost got in trouble for cussing. When I was thirteen and really started rapping, I listened to a lot of Jay-Z: Roc La Familia and The Blueprint. Ludacris’ punchlines made him my favorite rapper for a while, and the same goes for TI.

I listened to a lot of Mos Def, which started directing me to write more conscious verses. Then I was a huge Nas fan for a long time; every album of his elevated the way I think about stringing my lines together and putting a style to even the simplest statements in a verse. AZ and the way he delivers so many more rhymes per bar than your average rapper. Something about The Game’s delivery and the impact of his lyrics gave me the chills the first time I pressed play on 5 different albums. Lil Wayne made me realize there was a way to get people to have aha! moments if you’re clever enough. J. Cole uses an extremely impressive phonetic construction, which I was always interested in, but he made me take that to the next level. But even after all that, I think the biggest influence comes down to one rapper, who’s really more of a producer. In fact, one song made me start it all over. It’s a song called Darker Than Blue by Canei Finch.

I’m generally a passionate person. So, to have a passion means I have an obsession. Also, I feel like I have an intelligence that needs an outlet. I have to be clever, I have to exercise my mind. I went to a high school called the CA Academy of Math and Science. The culture I picked up there stayed with me and now I can never not be involved in something I love or care about. I have to finish what I started.

We hear you have even bigger plans for the community. Can you tell us anything about Causing U to Reach Enlightenment yet?

I don’t have too many details because it’s just my brainstorm at this point, but basically it is a show. I don’t know if it will just be a live performance or if it will include some series of videos, but I do know that it is based on my alias The Remedy. It is meant to highlight the idea that we are all the remedy, and more specifically that music is the remedy. I really see potential for a movement, especially when recovery from this pandemic begins, it just needs help getting off the ground. There will be features to supplement the experience like T-shirts, for example. I’m mainly working on building a body of completely original work right now, but if anyone with a venue or resources wants to get involved, maybe we can work together to accelerate the process of starting it up. My contact info will be provided somewhere in this interview, right?

How are you able to connect with the listener through your songs?

That’s a good question and something I need to ask myself a little more whenever I work on something because even though I have an answer there can probably be a better one if I make it so. With more melodic and instrumental music and genres, the connection happens quickly through an emotion, but for my music so far it kind of comes from a different place at first. My aim is to constantly and consistently use powerful, or empowering language. I often employ a psychological aspect as well, though it may or may not be noticeable. My music gives the listener something to facilitate a separation from the worries, fears and frustrations of life.

I construct every bar to fit a defining standard that I call “buff,” so those who are proactive probably relate to it right away, but it can hopefully be a pool of forward thinking for those who need to immerse themselves in it. I would say it can provide a mental stimulation for the pensive type, but I’ve also been learning more and more how to speak to an audience that just wants to zone to something and do it without limiting my abilities, because I’ve learned that there is even more art to be expressed by being direct.

Give us a look at what the future could be for Jǝs Jāmz.

That depends on what music listeners think of my stuff, really. I don’t exactly have a fanbase, yet, so it starts with that, and as long as that comes together, then so much is possible. I’m really open-minded because I don’t want this passion and this talent to be wasted, but I’m not getting any younger. I am ready to invest my time and skills into producing or writing for other artists, or just being on a team to help someone write, if need be. I will always make my own music, regardless, but ultimately I just want to take part in something where I can promote achievement, mindfulness, and awareness. Every minute is precious, it is never too late to wake the sleepers. 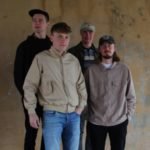 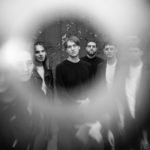