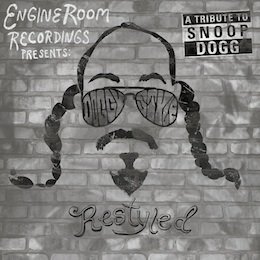 An idea that came about one crazy night with a lot of alcohol around has just become a reality.  On December 17th, Engine Room Records released Doggystyle Restyled – A Tribute To Snoop Dogg.  Now this is not just another mix of wanna be rappers copying the classic songs note for note.  The concept was to recruit bands that do not have a traditional hip hop sound and challenge them to record a cover version of the song that was part Snoop and part them.  The result is fantastic.  The Tubetops put together a spacey version of “Lodi Dodi” that uses all the new wave synth technology that they have come to be known for.  The song is truly original and  a very enjoyable listen.  Another extreme twist is the version of “Ain’t No Fun” by Holy Folk.  The stripped down version spun in a folk way breaks the lyrics down into an amazing display of talent, especially when the singer swoons “Cuz you gave me all your pussy, and you even licked my balls”.  Classic!  One of Snoop Doggs most popular songs “Gin And Juice” has been rerecorded a few times but this latest version by Garrison Starr is a standout.  The sweet acoustic guitar combined with the sultry sung vocals makes for a song that could work well in any genre.  Is it OK to say this is a pretty song?

Please give the full album a listen here:

Keep up with Engine Room Records at: http://www.engineroomrecordings.com

When Listening To Your Year End Lists Don't Forget The... Previous
Young Coconut - Blend of Genres Makes For Full Listen Next 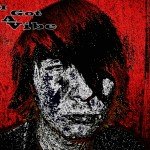