DUTCH Shows Us He Is ‘Learning How To Lie’ 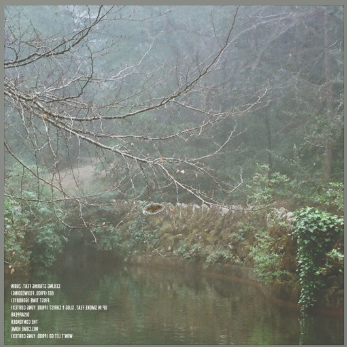 Dutch is a Houston-based artist and creative who has managed to pull off the hardest trick of all: he has crafted a sound that is both original, emotive, and accessible. His latest release, Learning How To Lie, hit the streets May 22nd, 2019 and the record is a compelling mix of rap, trip-hop, emo, and alternative R&B that grabs listeners by the soul and refuses to let go. Dutch has more in him than most up-and-coming performers and his songwriting displays a masterful grasp of rhythm, atmosphere, excruciating heartbreak, and epic lyrical skills that few can match. He’s among the most vital artists currently emerging onto the national scene and carries with him the type of effective power required to break out to a much larger audience.

The songs on Learning How To Lie combine the best aspects of disparate artists such as Dashboard Confessional and Portishead into an intoxicating blend that defies easy description. They have a solid underpinning of hip-hop that gives them physicality and are topped with melodies and lyrics that allow them to strike the listener’s hearts dead on target and communicate a grinding sense of loss. His vibe is often bleak but is rooted in the kind of intense sadness every human instinctively understands.

“Ceiling Staring (feat. Lil’ Zubin)” opens the record with a cinematic downtempo feel and the co-mingling of insomnia and the late-night self talk it often brings. Dutch grabs your attention like getting doused with a bucket of ice water would and pulls you into his moment at once. He works with dark emotions in a manner that recalls the spirit of ultimate sad man Trent Reznor without ever resorting to sonic imitation. Dutch doesn’t sound like Reznor but writes about his feelings with the same unflinching realness that stops you mid-stride and all but forces you to listen.

“First Time (Goodbye)” is a song of betrayal and simmering anger that mixes soaring vocals, muddy emotions, and a throbbing beat that comes across like the pulsating heart of someone on the edge. Dutch’s mantra of “Get lost, so long, goodbye” seems harsh but can’t conceal the pain beneath his words. “The Contender” is simply brilliant and hits directly on the difficulty of coming in second with someone you can’t live without. The chorus is an enormous earworm despite its melancholy and memory-filled lines like “Take me back to September, I thought I won you over but I’m just the contender.” It’s a tremendously strong song that deserves to be a hit single.

Dutch uses lyrics, atmosphere, and beats to create a big-picture effect on his fans and his music is some of the most creative and individual ear candy you’ll encounter this year. He really doesn’t sound like anyone else in the best way possible and music aficionados who care about craft, inspiration, and being emotionally moved will find a lot to like here. Learning How To Lie is the can’t-sleep-rainy-night record of the year. 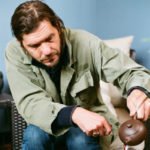 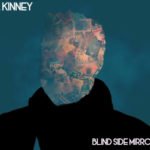