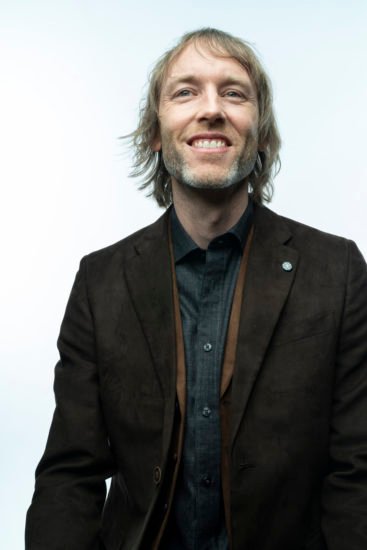 Americana singer/songwriter/guitarist Ernie Hendrickson delivers a dose of soft-spoken genius to the world with his latest album Roll On. Released on September 24th, 2019 on LoHi Records, Roll On is a set of original roots-inflected songs that aim to address some very current issues in American life, specifically the senses of alienation and commercialization that are overwhelming a great many of our citizens at this very moment. Doing this is an amazingly tricky balancing act between music born of the past and stories told about the present and most songwriters struggle to do it in a convincing way. Hendrickson, however, pulls it off like a boss and displays an innate knack for combining character, setting, and meaning.

Hendrickson tracked Roll On in his hometown of Chicago with producer Brian Deck and a superb studio band comprised of guitarist and pedal steel player Brian Wilkie, bassist Pete Muschong, drummer Gerald Dowd, and keyboardist John Kattke. The record opens with the horn-laden Dixieland fun of “Do It For Love,” a gently grooving track reminiscent of the late Jim Croce. Hendrickson’s low-key vocals serve the song well and have a laid-back J.J.Cale/Tony Joe White vibe that will immediately draw your attention to his lyrics, which is where it belongs.

“One Day of Life” is a beautiful Tex Mex ballad that reminds listeners that the present moment is all any of us really have. “There is no other day, don’t give this one away, buy the ticket, take the ride” Hendrickson sings with a soft soulfulness that recalls iconic Texas troubadours like Willie Nelson and Jimmy LaFave. He’s emotive, hypnotic, and genuine and, like the best roots music always has, Hendrickson uses the power of being plain-spoken to his advantage. “Something In The Water” is a delicate country song about the difficult topic of gun violence in America that shows Hendrickson to be a fearless, compassionate lyricist capable of articulating the feelings of many Americans without raising his voice in anger.

“Should Have Left This Town” is a cool country/rock track about someone stuck in a dead-end small town that he knows he should have vacated long ago. He’s well aware that he’s not the only one there living a life of beer and resignation who could have done better for himself and, when asked why he’s still hanging around, can only mutter something about the beer being cheap. Roll On is packed with these kinds of moments in which many listeners will see parts of their own lives and Hendrickson’s real talent is making them happen. Be sure to also check out “The Losing Blues,” “Dystopian Dreams,” and “New Midwestern Winter Blues” for more of the same.

Ernie Hendrickson is a real-deal songwriter who clearly knows the difference between sounding meaningful and actually being so. Roll On is a fervent, whispered prayer of an album that takes old-school songwriting and makes it 100% relevant to the 21st Century. Hendrickson is a serious talent in need of a much larger audience. Fans of great lyrical songs won’t be able to stop listening. 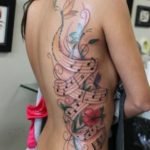 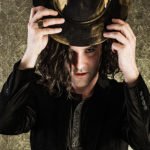