FAZD is Set To Explode with ‘Chronic Dynamite’ + Interview 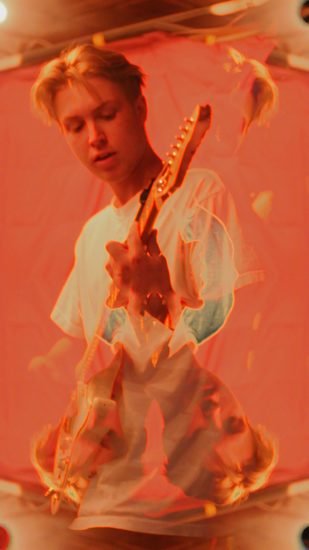 Music will always be cyclical. Genres will go in and out of style. The best artists can take the best pieces of the past and combine them with their own unique outlook to create something fresh. Our recent discovery FAZD is bringing it all together and experimenting with the best of all worlds.

The independent artist originally hails from the Pacific Norhtwest but now resides in Chicago, Illinois. His project FAZD brings together the experimental psych sound with the rawness of 60’s garage music and adds a modern production touch.

Last month FAZD released his second EP Chronic Dynamite. The album cover a wide variety of sound in only 4 songs. The raw aggressive guitar attack of the opener “Burial Ground” grabs the listener right off the bat. The chorus is truly catchy as the mass of guitar sounds fills the full sonic space.

On “Oh My” the sounds slows down a little with a spacier tone reminicent of the fun 60’s sound. We get a more experimental track with the over 8 minute long “Demons”.  The intro is downright dark but soon gives way to a sludge-like journey through guitar noodling and psychedelic experimentation. The closer “Go” remains full of sound coming at you from all angles. Quite the production.

We had a chance to chat with FAZD to get a little deeper behind the music. Enjoy the interview here:

First off, what is the story behind the name FAZD?

I worked in a restaurant for a while and when a shift ended, I got phased out. I could only record after work so the first project was going to be called phased, but I didn’t like the way that looked so I changed the lettering. It’s also a fun word to use instead of stoned.

I would say psychedelic surf punk with a heavy 60’s influence and emphasis on improvisation and jamming.

Which artists have had the biggest influence on FAZD?

Twin Peaks is my favorite band which I think you can hear a lot on the new EP. I’ve been getting pretty into the Grateful Dead lately, and 60’s influenced bands like Temples, The Babe Rainbow, and Mystic Braves.

What is your songwriting process? How does a song develop?

It’s really different for every song. Sometimes I’ll hear something in my head and start recording right away, and then sometimes I’ll write the whole thing out on acoustic before starting to record at all. I’ll also use a looper a lot when writing out individual sections of a song.

This EP Chronic Dynamite has a different sound from your self titled EP. What prompted the diverse sounds?

I realized that the music I was making was more influenced by popular tastes than what I was actually listening to, so with this EP I wanted to make sure that it was more about making something I enjoy than trying to “make it”.

I feel like a lot of music being made right now tries too hard to relate to young people affected by anxiety and depression. The hugeness of the emo-rap wave has kind of opened the door for emo music to come back into the mainstream, so a lot of people are making these really dark songs because they know it’s what people are looking for. I want to make music people can relate to without being taken to that dark place.

What does the future hold for FAZD? 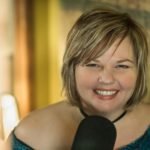 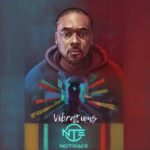