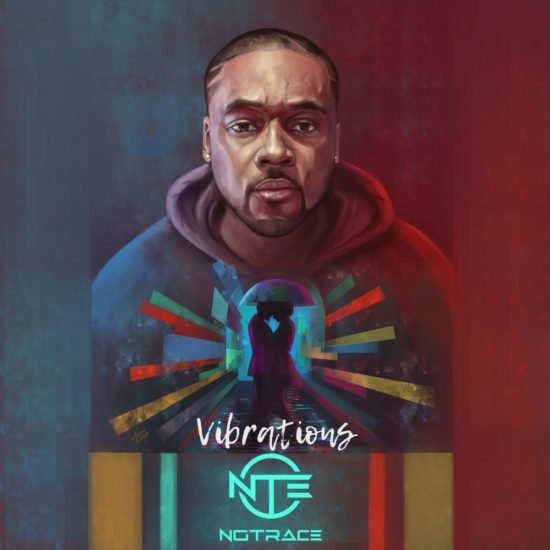 Well before NoTrace starts delivering his unapologetic lyrics in the new single “Vibrations,” there’s an energy that anyone who is within the song’s vibrant reach is incapable of escaping. It’s born of the cutting musical arrangement that forges a foundation on which NoTrace and his collaborative partner Glenn Travis will color with searing words that are relentless and natural. Everything about this track is larger than life, whether it be the singing, the rapping, the elegiac piano or the soft churn of the drums, and with its release I see both of its star vocalists elevating their status within the underground to never before seen heights.

I pick up a really heavy gospel influence in this single, but it isn’t referenced in any of the lyrics or even in the pace of the music. It’s perhaps best observed in the optimistic tone of NoTrace’s approach to the song’s subject matter; while he goes into tremendous detail in describing just how much strife he deals with now and again, there’s always a light at the end of the tunnel, and the premise of the verses’ structure is to get us to that light by any means possible. Glenn Travis facilitates our progression, but it’s NoTrace who drives us home here.

The production value of this track is anything but modest. From the liberally applied levels to the scooped equalization, which generally I don’t often find outside of heavy metal bands – primarily those on the extreme side – it’s big, bold and unforgiving. Though he’s not growling out grizzly poetry espousing violence and terror ala Tomb of the Mutilated, it’s worth noting that this metallic style of mixing really aids in making NoTrace’s actual rapping feel so much more cinematic and muscular. As is the case with all great art, “Vibrations” was conceived using unconventional concepts, and thus is inordinately magnetizing (especially compared to similarly styled songs currently ascending the charts).

“Vibrations” isn’t overly dependent on its mammoth bassline, which as I have alluded to before, is a strong departure from anything that we’ve been hearing out of the hip-hop establishment as of late. These beats are so big on their own that, if we’re getting down to the nitty gritty of the song’s construction, adding any more low-end tonality to the track would definitely washout any sort of defined lines between the different players and their individual contributions to the single. NoTrace and Glenn Travis are too smart for that, and we cash in on their practicality here.

Admittedly, this song is lyric-centric but boasts a very fascinating design, one that I would even call ambitious for its generation (which is no small statement to make when you look at how much talent we’re seeing out of NoTrace’s peer group at large right now). If by some strange chance you haven’t caught wind of what this guy is doing in and out of the studio at the moment, getting in on this single would definitely help you to understand why critics have gravitated toward his sound as much as we have. He’s got the “it” factor, and it doesn’t go to waste in “Vibrations.” 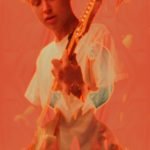 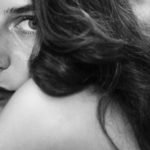 Decide to go with REDD or bluu in the NuRenaissance