I am always honest with our readers and if you did not know yet, Rap is not one of my favorite genres.  It gets very overcrowded with sub-par artists that all think their flow is the best flow ever heard.  Shitty music and a big head do not mix.  Occasionally though, a rapper is introduced to me that has the skills and does not have the ‘better than the world’ attitude.  These are the ones that stand out and the ones IBG will support.  We found one today.  Let me introduce the rest of you to Freezy.

Freezy (pronounced Freeze) was born in the well-known rap hub of Detroit, Michigan in 1989.  He is now based out of Hartford Connecticut where he infuses the Midwest self-depreciating style with east Coast power.  A battler at heart his witty punches, steady flow, and ability to rip east-coast beats has gained him some recognition and the chance for a promising future in this crowded field.

He has recently released a new mixtape called Cypher Sessions.  His 4th release is a 17 song memoir where Freezy calls in a bunch of high quality artists to share the spotlight with.  The track ‘All That Glitters Isn’t Gold’ offers warnings on some of life’s temptations.  Freezy is an excellent story teller whose advice the listener needs to heed.  ‘Legends In The Making’ uses a slow and simple four note keyboard line to really let the lyrics shine through.  The legend may have already been made.  Cypher Sessions is full of quality production and no song is a letdown.  Start to finish are songs that could stand on their own within any radio station playlist.

Bottom Line: With his powerful flow and good beats to match, Freezy is an artist that may be in the mainstream music scene sooner than later.  Keep your eyes out.  To listen for yourself, check out the mixtape at: 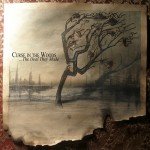 Curse In The Woods - Going Off The Beaten Path To Find... Previous
Catalpa NYC Music Festival 2012 - Good Times Even With... Next 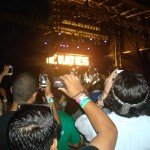