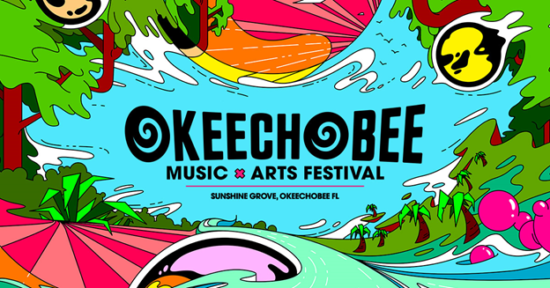 Attention music lovers: Festival season is upon us! It can be tempting to make decisions about which festival to attend or which acts to see based solely on headliners. Remember that each artist on the lineup has been handpicked. To save you time, so we’ve examined the lineups of some of the most popular festivals to bring you five up-and-coming performers worth looking into this summer. Take the time to explore the undercard with us and you’ll be glad you did!

Okeechobee Music & Arts Festival is a four-day event held the first weekend of March. The festival hosts a variety of genres including indie/alternative, pop, rap, freeform bass, hip-hop, house, and techno. This year, founder and DJ Rechulski pairs with well-known festival organizer Insomniac Events. Expect to see performances, workshops, non-profit organizations, local shops, and specialized food and beverage suppliers mingling with the crowd of 30-40,000 attendees visiting from around the globe.

One really cool fact about this festival? According to Lake Okeechobee News, the event contributed $320,177 to local nonprofit organizations, over 11,300 meals for the food insecure, and donated over 9,500 pounds of reusable camping gear to homeless veterans in the first three years of operation.

This seven-piece band will take you straight to Funkytown with their classic rock-n-roll guitar, crooning harmonies, and strategic saxophone. The Saskatchewan natives hold a “Goodtime Guarantee,” opening for acts like Michael Franti & Spearhead, the John Butler Trio, and Joel Plaskett since the band’s formation in 2016. Best known for their single “Mr. No Good,” featured on Taylor Swift’s Spotify playlist “Songs Taylor Loves,” Bombargo’s future looks bright. They’ve gained attention from Billboard and People for their groovy melodies and energetic performances.

Comprised of four friends, this all-girl group knows how to wield guitar picks and drumsticks to deliver emotionally charged indie pop. Hailing from Provo, Utah, the girls got their start performing at high school assemblies before upgrading to Provo nightclubs and eventually signing with Red Bull Records. Similar to The 1975, The Aces use compression and spring reverb to give their guitar that same vintage feel heard in all-time favorite “Chocolate.” Their trademark cinematic videos have viewers transfixed until the very last chord.

Blurring the line between hip-hop, R&B and electronic dance music, Young Franco comes bursting onto Okeechobee’s scene. The Brisbane native is used to traveling long distances to perform for fans all over the world, introducing neo-soul club tracks to crowds in China, Japan and the UK. Since his debut in 2016, Young Franco has dropped a litany of dance hits and remixed EPs, garnering the attention from Australian music reviewers like Cool Accidents and AAA Backstage. His new single “Angel” features hip-hop artist Abhi the Nomad, blending elements of pop and rap to create a catchy anthem about leaving toxic company behind.

It’s no small feat to produce music over the span of nearly two decades, but Aaron Kyle Behrens and Thomas Ross Turner are on tour as Ghostland Observatory once again this March. The duo use 80s-style synth layered over a driving bassline to create a mix of rock n’ roll and electronic dance music reminiscent of LCD Soundsystem and Freddie Mercury. Of their most recent album, Channels, Behrens said, “This is our rebirth, the phoenix rising from the ashes, and we have no plans to slow down. We’re stepping out of the weird simulation we’ve been in, and coming back into the world for the beginning of round two.” Look forward to their famously wild stage performance this year at Okeechobee.

Lo-fi R&B has never sounded better than from the lips of twenty-year-old UMI. Born Tierra Umi Wilson, the Seattle native has wowed reviewers such as Ones to Watch and Vogue, who quote her as a “Corinne Bailey Rae in the making.” As powerful and arresting as SZA’s “Ctrl” album, UMI delivers haunting clarity and calm in singles like “Butterfly” and “Remember Me.” With smooth rhythm, relaxed percussion and soulful lyrics, she addresses heartbreak on a level so personal you feel as though she was in the room during your last breakup. Catch her at Okeechobee to dig deep in your feelings. 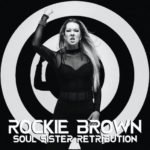 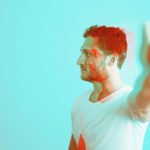