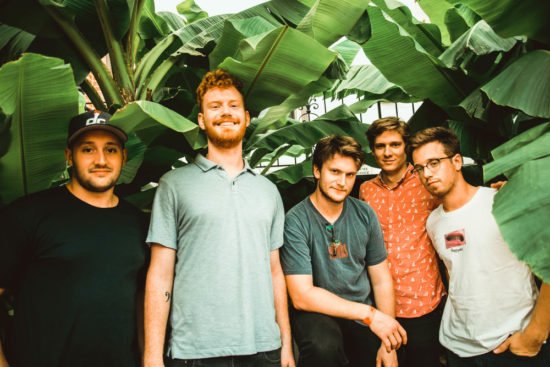 A cute and cuddly electronic daydream is Future Generation’s new LP Landscape. This is the NYC band’s second album on Frenchkiss Records. It all began when a group of creative Brooklyn friends came together to form what is arguably the most fun and whimsical sounding band you will find today. They use a variety of recording techniques and plenty of synth to meld their individual skills and to also keep their experimental inclinations alive. The album has hints of shoegaze, pop, and pure dance jams. There are also a lot of emotionally charged lyrics. Very powerful. Just a heads up.

Experimentation is a key concept and artistic practice for Future Generations, which is evident on tracks like “Suddenly”. There are plenty of effects that thankfully don’t distract from Eddie Gore’s soulful voice, they just add to the emotionality. There are hints of old-school electronic tunes while not seeming too nostalgic, think Talking Heads’ later albums. It should be noted how unique Gore’s voice is because it is a cool mix of brash and sweet. He also has nice range.

Landscape Is the Artistic Endeavor of Future Generations

Landscape’s title track is one of those major dance songs I mentioned earlier. “Landscape” is a rock infused, pump-you-up in the morning kind of song. One of the cooler, almost Eastern style, shoegaze synth components with a crunchy, bright guitar. It is the epitome of the band’s sound. It’s beyond fun and honest with pure tones shown in their instrumental aesthetic.

As a fan of rhythmically intricate music, Future Generations really has my heart on “Out Loud”. If that drum sequence at the beginning doesn’t move you, you’re crazy. It’s a bit slower but jazzier tune with a nice break near the end. Instrumentally, it’s surely one of the most interesting and their ability to mix those distinct sounds is impressive. Perhaps that is the word that best describes Future Generations’ Landscape – impressive. 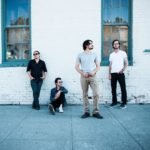 Dangermaker Is Ready To “Run” Previous
Joyce Manor releases Million Dollars to Kill Me, a Kick-ass... Next 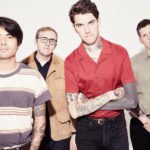