George FitzGerald Reveals the Enigmatic “All That Must Be” 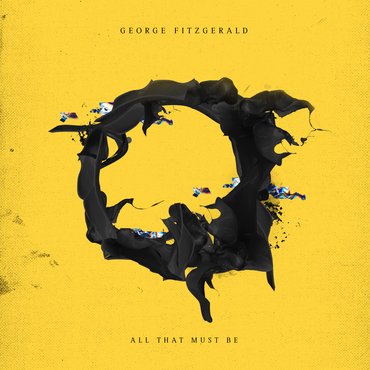 George FitzGerald was one of the early dubstep artists in the early 2000s. As a DJ in the club scene, he produced his own music and signed onto Hotflush in Berlin.

After signing, FitzGerald moved to Germany’s capital and continued releasing music until recently, when he returned to London after a decade. Upon his arrival, he experienced a developmental period that sets the tone for his second album, All That Must Be.

Dubstep is generally a heavy genre of two-step and house. It is defined by bass, breakbeats, and electronic production; dubstep was created to be danced to. But George FitzGerald’s album breaks away from the intense nature of this particular brand of electronic music.

FitzGerald incorporates an array of emotion, both positive and negative, into dubstep. This is a very challenging task (especially in a dance genre) but the London producer pulls off a trance-like spiritual album. All That Must Be is overflowing with emotion and shakes the listener to the core.

All That Must Be exudes a rare feeling for the listener, that transfixing sensation where you want to stare at the ceiling and let your mind wander.

“Two Moons Under” starts the record with an energized, liquid trance. Synths and bass push and move the song through a spiritual groove. This song seamlessly meshes into the next, “Frieda.” As demonstrated here, FitzGerald does not make individual songs, but one long strand of an emotion. It would be a crime to listen to one song and leave. All That Must Be is one eclectic piece that reveals the artist’s stream of consciousness as he wrestles with melancholic feelings of home.

“Burns” seizes the feeling with vocal melodies and samples. Fitzgerald uses ascending synths to provoke a happier tone, a redemptive contrast from the more relaxed beginning.

Lil Silva collaborates on “Roll Back,” one of the most memorable tracks on the album. The vocals are almost angelic and dig into the spiritual essence of the album. “Nobody But You” has a slow build up, but eventually eases into a steady beat. The song and all its layers are hazy and ethereal.

In the final parts of the album, Tracey Thorn complements the album’s tone well on “Half-Light.” She sings into the transmundane melody while FitzGerald draws a bubbling backdrop. The tenth and final track is a mix between the electronic and soulful, combining keys and techno. Together, they set the stage for a satisfying conclusion to the pulsing All That Must Be. 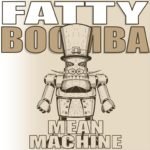 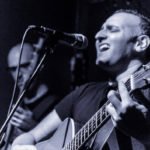