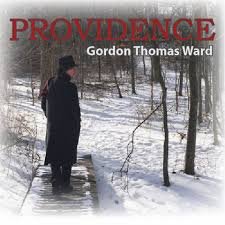 Over the last half decade, singer/songwriter Gordon Thomas Ward has been making his mark on the indie world by writing songs that question his listener’s perceptions of melody and tonality in a way that is completely different than any of his peers have. Now in his sophomore release Providence, the highly anticipated follow up to 2013’s Welcome to the Past, Ward makes his official foray into the mainstream with his most polished compositions to date. It’s his sleekest batch of songs yet, but any notion that Ward is starting to sell out is instantly quashed the moment one presses play on track one.

My favorite song on Providence (if I were pressed hard enough to pick) would probably be the rollicking “The Horseman,” which stands out as one of the darker tracks on the record. Structured around Ward’s infectiously reverent wit, “The Horseman” sports a lyrical design that’s old-fashioned at first glance but upon further inspection encapsulates a wide variety of influences. The diversity of Providence is defined by songs like this one, which makes its songwriter a particularly hard nut to crack in terms of depth in artistry. Music enthusiasts will have a hard time dissecting this song and its ten equally enigmatic siblings.

In an era where every artist seems to be content to engage in the sordid practice of sonic overindulgence, Gordon Thomas Ward is adept at using minimalism to create his soundscapes. The stark contrast in his work compared to his closest rivals is highlighted as a result, but it doesn’t dwarf the intensity of his songcraft in the least. If anything I would say that it makes Ward seem a lot more thoughtful in his composing, even more relatable since he isn’t putting a lot of filler between himself and the audience trying to understand him.

The music of Providence has an extremely vintage feel to it, but the production quality of this album is supremely modern in every sense of the term. From start to finish even the slightest nuances found in the slower songs are highlighted with sublimely imagistic grandeur. It’s like watching a film in high definition for the first time; the difference in value is immediately recognizable even too untrained eyes and going back to a more unrefined view becomes simply unthinkable. The stimulation is addictive, and true audio buffs will have a hard time staying away after just one listen.

Providence promises more thrills, chills and introspective moments than any record I’ve heard or reviewed this year, and I think that it will likely be the album to put Ward’s brand into the pop lexicon once and for all. He’s got all the makings of a modern pop superstar, and with the right platform, the spotlight is almost certain to belong to him and him alone. I’ll be keeping an eye on him as he moves forward, and I doubt I’ll be the only one. 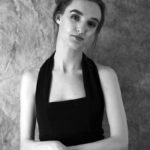 IBG Interview - 9 Questions With.... Nova Indigo Previous
The Future Is Here With Papadosio Next 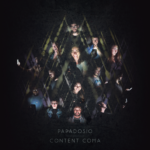