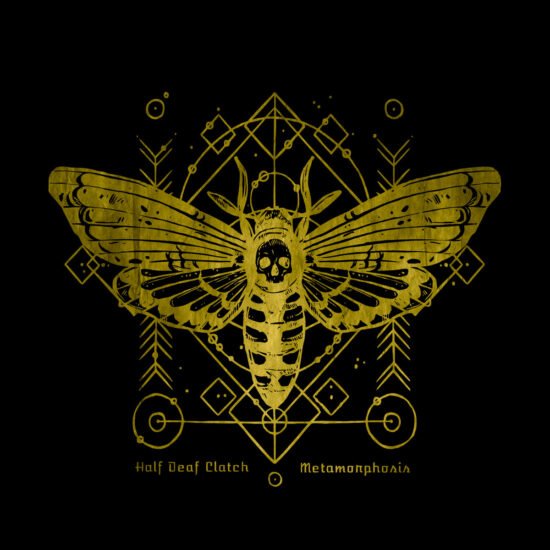 It’s hard not to admire how much work Half Deaf Clatch (aka Andrew McLatchie) puts into his music. He ended 2020 with the final part of his spaghetti western trilogy Doomsday Desperado! Since then, he has already released three lockdown EP’s (Every Path Starts Somewhere, Retro Electric: One and Retro Electric: Two). While all that was going on, he was working on and has now released his latest album Metamorphosis.

When talking about the new album, Clatch says, “During the pandemic, I kept myself busy (and sane) by writing and recording EPs and releasing them on Bandcamp. I started using electric guitar more just for a change, and this has lead to an album featuring mostly electric guitar. This isn’t a huge career-defining change of direction for me, it’s just something I wanted to do – so I did it. My next album could be all acoustic, who knows! Rather than just writing a bog-standard Electric Blues album I wanted to try and combine my love of Blues with my love of Spaghetti Western-style guitar, creating a ‘Cowboy Blues’ hybrid sound. I think it works, time will tell if anyone else agrees. This album was about pushing me out of my comfort zone, and I certainly achieved that”.

As Metamorphosis opens up with “The Transmutation”, his ‘Cowboy Blues’ sound is clear to hear. As the title implies, it is about changing from one thing into another. In this case, the lyrics hint at a change within his music, as he mentioned earlier. His guitar sounds as good as ever as it sets a mesmerising bluesy mood. As for Clatch’s vocals, it has more of a growly tone. Something heard from his Beelzebub Jones work.

Clatch lets his guitar do the talking when “Song For A Dying land” begins. Its tone is mesmerising, the perfect way to draw in the listener. Not only that, but its overall musical arrangement adds so much to its story. It is a quality that flows into “While We Sleep”. Again, it is impressive to hear how he weaves the various instruments together. On this occasion, to create an atmospheric spaghetti western mood.

As much as the soundtrack impresses, you should take nothing away from the depth of the lyrics. He says they “are based on something I read in a Philosophy book, years ago and only half remember the details of. The gist is the idea that your consciousness is tethered to you rather than residing inside you”. There is a lot of depth to what he has to say. Personally, none stand out more than “Memories like ghosts, haunting the world, haunting the world / Going bump in the night hardly seen but always heard”.

Half Deaf Clatch offers something different with Metamorphosis, but the excellent quality of music stays the same.

“New World Hell” tells the listener how the world is going to pieces. This is perfectly reflected with its opening lines, “Well this ain’t no way of living / Surviving from day to day / Feel like my spirits breaking / How much more do I have to pay”. Clatch then moves into storyteller mode with “Three Fates”. He slows things down with the use of his guitar. In doing so, it lets the words stand out. The tale opens up with “Under the waxing moon, thread of life spun on her spindle / She spins out destiny, she’s the youngest of three sisters”. Even when the beat comes in and his guitar moves up a gear, the focus is still on the story.

Next comes “Life On Tape”, which Clatch says “is a deceptively difficult song to play. The lead guitar line also incorporates barred root notes at the same time, which makes for quite a stretch on some parts”. It is what makes this track so compelling. Following on is “She Walks As a Ghost”, which highlights his lyrical quality. It is about a woman leaving a mental institution. However, it is written in a way that could be interpreted differently by the listener.

Personally, Clatch saves his best for the last two songs of Metamorphosis. Not only do they offer the stand out qualities of those that come before, but there is a change-up to the sound he delivers. The penultimate track is “The Alchemical Blues”. Compared to the others, this has more of a playful nature. His guitar work is definitely stealing the spotlight as it dances around with a bit of swagger to it.

Closing out Metamorphosis comes “In The Dead Of Night”. One written about the thoughts you have when you can’t sleep. It is a feeling lots have experienced. He summaries it well with the line, “Like a runaway train / and I can’t get it out of my brain right now”. However, it is the music that again grabs the listeners attention. Thanks to the addition of strings, not only does his arrangement talents shine yet again, but it enhances the gentle tone reflected by his guitar. It is a beautiful sound to end yet another excellent release by Half Deaf Clatch. 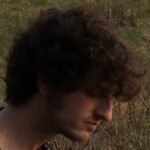 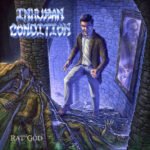