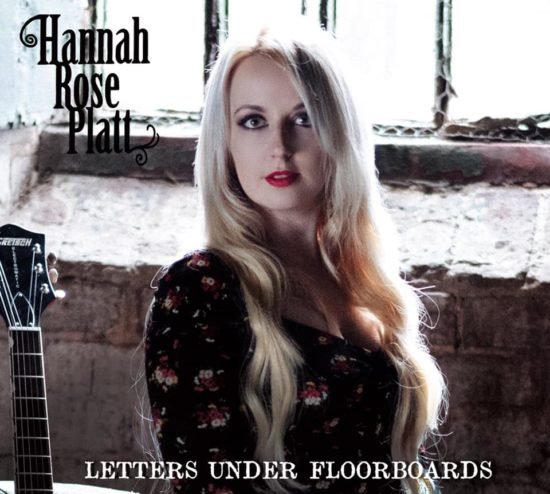 When Hannah Rose Platt released her debut album Portraits in 2015, it was the perfect showing of her songwriting talents. Heavily soaked in a blend of country and Americana, it featured so many outstanding tracks including “1954” and “Daughter”. While listening to the album, it is clear to hear how her writing and storytelling qualities have been influenced by her heroes. These include Martha Wainwright, Neil Young, and Gretchen Peters (to name a few).

Platt now returns with her new album Letters Under Floorboards. It is a collection of songs which highlights her storytelling qualities. Inspired by others or penned from her own experiences. As well as writing and performing, Platt has also co-produced this album alongside Thomas Collison. This release also features guest vocals by Sid Griffin and Danny George Wilson. Not only that, but the additional musical layers have included the talents of Joe Bennett (Bennett Wilson Poole) and pedal steel by Henry Senior (Danny and The Champions of the World).

There is no denying the musical roots of Hannah Rose Platt. Her country/Americana tone is unmistakable from the opening track “Illuminate”. Not only does the song showcase what the album has to offer, but it also highlights her compelling storytelling quality. Its toe-tapping groove is just one side of her music. She can also slow things down and deliver a more emotional performance which “Your Way” can testify.

No matter the mood or tempo, the vocals that Platt deliver never fails to impress. Even back in the early days of her music, her voice has always had a mesmerising tone. A great example of this talent at its best is the track “Checkmate”. Here is a personal moment from the songstress. The connection to each word she delivers helps to make this a special moment from the album. No lines show this more than the chorus with “Go ahead make a final move / I’m stuck here with nothing to lose / Two spaces forward and three spaces back / It’s too late / Checkmate”. Her tone says it all.

Platt uses her tender voice to share her compelling stories. Each one has its own tale to tell but crafted to deliver depth with honest emotion. The best example of this side of her songwriting talent is “Brooklyn, New York”, inspired by the homeless shelter scene in the movie Brooklyn. She says “I decided to choose one of the men in the scene and try to imagine what had happened in his youth. To imagine him embarking on his journey full of hope and aspiration”.

It opens up with the lines “Oh my darling I, made it across / And I am writing this, as my ship docks / I’m looking up at lady liberty / It won’t be long till you’re here with me”. She sets the scene about a man heading out to make his dreams come true in Brooklyn, New York. After many years, he realises that his goals can not be achieved. He writes his loved one a farewell letter saying “I miss your voice / I miss your laugh / I miss the faces of the children we won’t have / Oh my love / It’s not to be / Please don’t wait / And forgive me”. Even though it is a sad tale, it is beautifully assembled and showcases her captivating songwriting ability.

Letters Under Floorboards is filled with so many great songs. None stand out more than “I Will Tell You When”. The must-hear moment was inspired by Laura Ingles Wilder’s (author of little house on the prairie novels) account of her childhood experience of the locust plagues that devastated their farmlands. Together with Sid Griffin (from the band The Long Ryders), Platt storytelling shines brightly.

The delicate use of the acoustic guitar sets up the tone of the song. Platt starts the tale as the daughter figure with “Daddy can you tell me why the sky has turned so dark / It’s making me feel frightened I can’t see or hear the larks”. Griffin replies as the father with “Why my Laura-Beth it’s just god turning down the lights / He’s been working without rest and now he must be tired / I promise you it won’t last long and light will come again / Close your eyes and hold me tight and I will tell you when”.

The song shines brighter when both Platt and Griffin come together to deliver the lines “The land for miles around didn’t look like the same place / Where crops had once stood tall was just a barren waste / I knew that our life on Plum Creek would never be the same / Things were changed forever, the day the locusts came”. They blend so effortless and sound sublime as their vocals intertwine.

There are no weak moments while listening to Letters Under Floorboard. Hannah Rose Platt has assembled a beautiful collection of songs. She captivates with its sound as well as the tales she is sharing. Just press play and let her storytelling sweep you away. 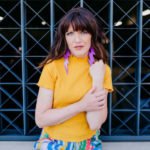 IBG Interview - 8 Questions With... Life As Mary Previous
John Tiller Gets Us 'Battle Ready' Next 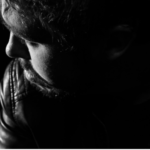