Hannah Vs. The Many – Being Able To Adjust Makes For Perfect NYC Underground Band

There is an endless stream of artist types flooding into my native city of New York thinking that this is the place where dreams are just handed out at the toll booth.  Problem is, there are thousands that have already beat them here and thousands that will be right behind them all searching for that same dream.  Don’t get me wrong, it is the best city in the world but you must bring along a work ethic like no other and be ready to adapt on the fly to find success in this crowded landscape.  One hard working group, with true talent, that we came across recently is Hannah Vs. The Many. 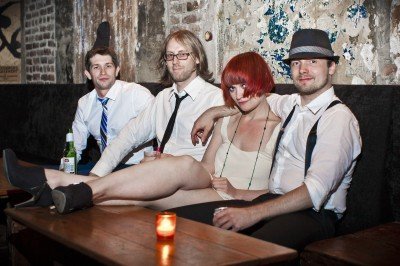 Fronted by Brooklyn import singer/songwriter Hannah Fairchild, the indie rock powerhouse has been taking the NYC street by storm.  Other members of Hannah Vs. The Many include guitarist Josh Fox, Bassist Carl Limbacher, and Daniel Muhlenberg behind the drums.  After originally coming to NYC to pursue a career in the city’s underground musical theater community her tune changed when she realized that what did exist of the scene was not enough to create a livable income.  Her disappointment morphed into motivation as Hannah began writing her own material.  She shares in her lyrics her stories of heartbreak, hook-ups, drunken victories, and all the other “pretty little tragedies” that come with young and broke in the greatest city in the world.

Hannah Vs. The Many last week released the EP Ghost Stories as a follow up to their full-length album All Our Heroes Drank Here.  The 5 track record is full of the angst and power that has been building up since that last album back in 2011.  Opener ‘Poor Leander’ is an energetic punk song with a tempo that will get your heart racing for what is to come on the rest of the record.  Get pumped up here:

The band takes it down some with ‘Slow Burn’, a mellowed out, but still angry ballad that features Hannah’s strong voice over a distant backbeat rich with moody keyboards and swirling guitar.  On ‘Lady Of The Court’ there is more of a straight up alternative rock feel fused with Hannah’s theatrical storytelling style.  If you want a look at what NYC underground independent rock is supposed to be check out:  http://www.hannahvsthemany.com/ 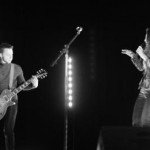 Just Agile - Fresh Music From Russia From 2 Talented... Previous
Sylvana Joyce And The Moment - Creating Their Own Style... Next