Hazy Jane Brings Us All The Seasons on ‘Temporibus’

Over the past few years, we have seen the band dynamic go in both directions. There are many great bands with only 2 members (ex. Black Keys, The Kills). On the other side, lots of super bands have been adding more and more members to create a fuller sound. Our recent discovery Hazy Jane is of this latter variety.

The Plainfield, NJ based indie rock band began as a 4-piece back in 2015 with a debut album and a slew of shows around the NYC and NJ circuit. Life moved fast and a hiatus was needed. In 2018 Hazy Jane reformed as a seven-piece group fronted by two incredibly talented female singers, Megan Fernandez and Chris Milan. The band is rounded out by Drummer Eric Armour, Bassist Josh Gebhardt, Guitarists Andrew Gehman and Paul Milan, and Keyboard/Violin player Will Shore.

Together they defy set genre norms playing what feels right to them. Hazy Jane songs range from slowcore, moody lap steel and acoustic guitar pieces to lightweight indie-pop. The main goal of the band is to convey the universal and timeless in a catchy three-minute song. They seem to have captured a piece of this on their new Temporibus EP released on August 6th, 2019. The title is a reference to the Latin word meaning “in the times or seasons.” Each of the four songs has lyrical or tonal connections to a specific season.

The opener “If I Told You” is a fun guitar and vocal led pop song that sets the energy right away. Hazy Jane is here to have a good time and welcomes everyone listening to do the same. “On a Side Street” continues this energy with a bouncy beat that will get a crowd moving. The dual vocal harmonies add an element of true elegance.

The album gets a tad darker with “Haunted” and its slowed down tempo. The guitar takes the lead here with a melody that eases the mind to some relaxation. The closer “Future Ghost” stays on the same side of the emotional street. The violin here makes sure of that as the vocals are big yet the emotion of the lyrics shines through.

Plans are for a run of shows in the NYC and NJ area this Fall and Winter so if you are in the area keep a lookout. 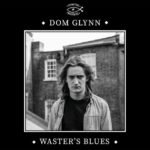 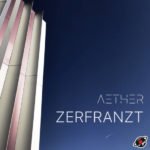 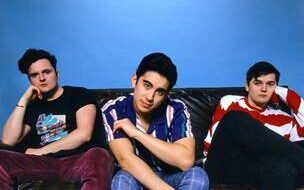