While it takes a little bit longer than most songs of its kind would in finding the right swing for its steps, the rhythm driving home Head Fake’s “I’m Found” is darkly seductive and arguably as mood-setting as any of the adjacent melodies in the track and its companion music video are. While the video for “I’m Found” centers on cowboys, country and Americana of the most relatable variety, the energy within this latest composition from Head Fake is much harder to describe, amalgamating a combination of punk, R&B, pop, rock and alternative folk themes into a cocktail as intoxicating as it is addictive.

Lyrically speaking, this is definitely one of the more enigmatic songs that I’ve reviewed this month, but I wouldn’t say it feels so removed from mainstream tastes that it wouldn’t appeal to casual pop fans just as much as it would Head Fake’s growing following in the underground. There’s a lot of different ways that “I’m Found” can be broken down, but when taking the imagery we see in the video into account, I think the general narrative here is distinctly centered on freedom, and more specifically, the relaxing vibes that come with embracing its best features.

There’s a very 80’s-style color to the harmony in this single’s main hook that I would describe as being tremendously indulgent by comparison to what you’re going to hear on the Top 40 this April, but I think this track was purposely stylized with a bit of extra grandiosity for the simple purpose of distinguishing Head Fake from their contemporaries, indie and mainstream alike. There are a lot of acts essentially trying to play off of the same model they are – take the much-hyped AV Super Sunshine, for example – but few that have been able to establish as unique a format for songwriting as this crew is in their scene.

The vocal is a little low in the mix, and while I would have taken a different approach to its physicality within both the single and music video for “I’m Found,” I can definitely understand what Head Fake were trying to achieve in going this direction instead. If their primary objective in this release was to put their instrumental prowess on full display for both fans and critics to laude, they certainly constructed the perfect showcase here, and I’d even say that the musical might they exhibit teases a lot of potential for what they could do in future, full-length records down the line.

Head Fake are making some very interesting music in 2020, and for my money, this latest release is definitely some of the most compelling content they’ve offered up so far. “I’m Found” is a bit of a brute, but nevertheless a song that I would recommend to indie pop fans as much as I would alternative rock enthusiasts in the mood for something a little old school this spring. I’ll be keeping this band on my radar for sure, and I think you’ll want to do the same after checking out this hot new studio cut. 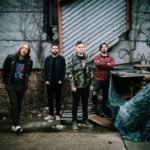 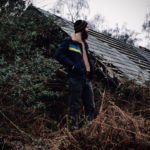